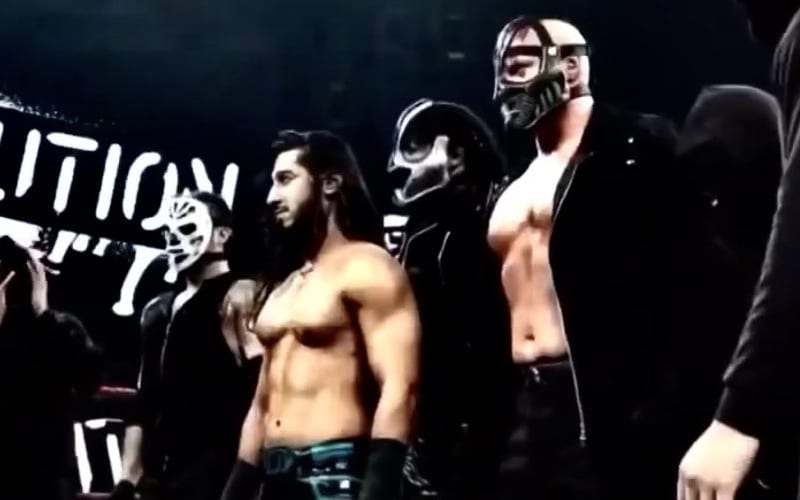 Mustafa Ali and Retribution missed last week’s episode of RAW. It appears that they will be around for tomorrow’s episode. They have not been announced, but Ali sent out an ominous tweet that leads us to believe he has plans.

The Retribution leader tweeted out a photo of his stable. He also included a caption saying: “It’s your turn to bleed.” That was quite a statement.

Ali and Retribution weren’t on RAW last week even though they were advertised. They have seen been very active on Twitter. The members banded together to defend Ali when he was called a terrorist. Members also roasted another hater for taking a shot at Ali for being a Muslim.

We’ll wait and see if Retribution shows up on RAW tomorrow. They seem to be feuding with the Hurt Business so MVP’s stable might need to be careful.