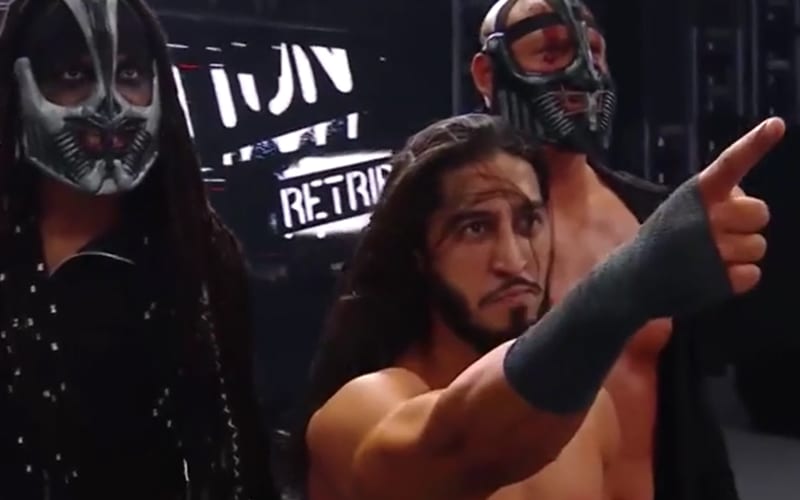 Retribution entered WWE with the intention of destroying Vince McMahon’s company from the inside. Then WWE signed them to contracts and they are now on the RAW brand after the draft. Some fans are having a hard time figuring out the gimmick.

One fan tweeted out to Mustafa Ali saying: “You ARE Terrorist! Last time a group like you came in they got killed of by the Undertaker we don’t need any anti American crap & once this gets out you will be disbanded possibly killed off by the Feind @WWEUniverse Believe that!”

Ali replied back saying: “There it is.” He might have expected that kind of thing since he’s heard so much of it throughout his entire career. Mace tweeted back at this fan and told him to delete his entire Twitter account.

Retribution wasn’t on RAW this week. We have no idea why they no-showed, but Ali was promoted to have a segment. Hopefully, everything is okay behind-the-scenes so they can continue their mission on screen.