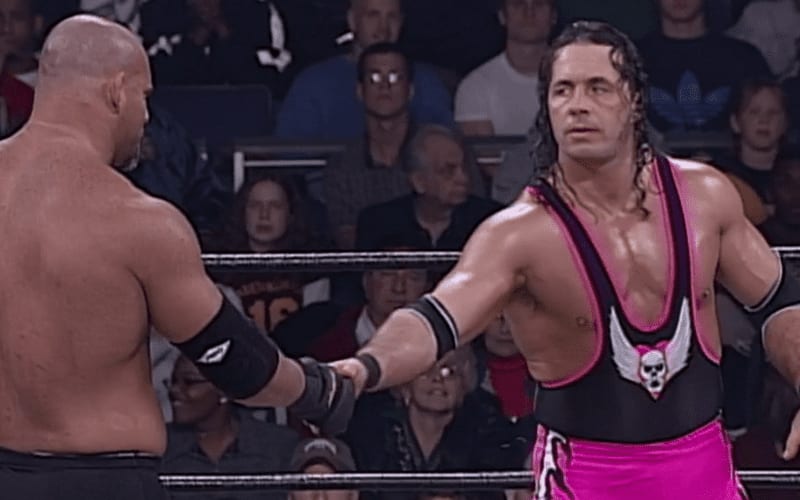 Bret Hart suffered a concussion thanks to a kick from Goldberg which ultimately ended The Hitman’s career. He still doesn’t have the best opinion of Bill Goldberg.

Hart recently spoke about Goldberg during his Confessions Of A Hitman series. He said that Goldberg didn’t wrestle like anyone who was taught to wrestle. The Hitman then said that Goldberg’s wrestling work rate was “0/10,” and he hurt people even by tying up with them.

[Goldberg] was a gorilla. [Goldberg] was a guy that nobody seemed to have taught how wrestling really works. He seemed to think he could just pick a guy up and just slam him through the mat as hard as you could and that was good wrestling. But I always liked Bill as a person. His wrestling, his workrate was 0/10. Like, everything he did hurt – everything! He could tie up with you and hurt you. He’d tie up with himself and hurt himself!

Goldberg recently appeared in the ThunderDome as part of the season premiere of Friday Night SmackDown. You can click here for Ringside News’ full exclusive about WWE’s intentions for Goldberg’s appearance.

The former Universal Champion isn’t done wrestling either. He still has matches to go in his current WWE contract. Goldberg won’t be locking up with Bret Hart though, but the Hitman doesn’t seem too broken up about it.