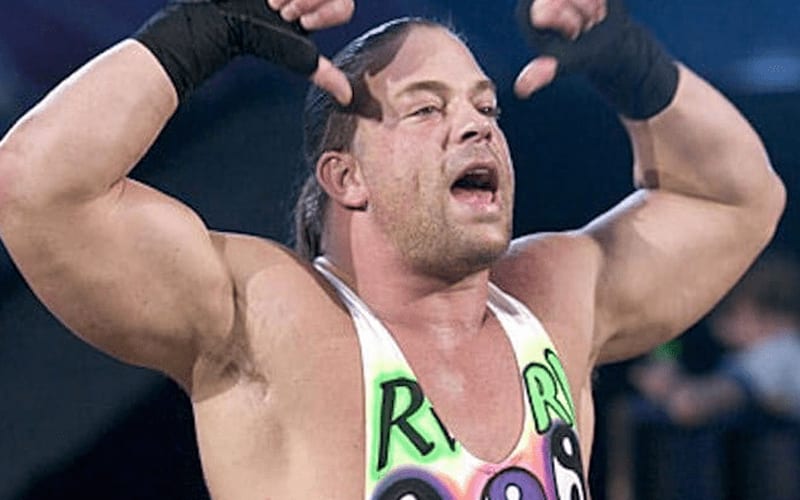 RVD left Impact Wrestling, but there is zero heat on him as we previously reported. You never know if Rob Van Dam might have a reason to return.

While speaking to Hannibal TV, RVD discussed his recent run with Impact Wrestling. He might not be finished with Impact, and he doesn’t want to give the impression that he is. He said that people just “grabbed” headlines when it was reported his deal expired and he was no longer under contract.

“Where did you get that I just finished an Impact run because I’m not even…maybe you know more than I do, or you’re just going with the headlines. Come on man, you know like how many headlines have misinformation? People just grab them. Man, I’ve heard that I’m blind, I can’t see out of one eye, can barely move and there’s all kinds of stuff. I very rarely correct them and on this one, it’s fun having the energy out there and things that come from it, but it would be incorrect to say that what I read which is that Katie and I, our contracts expired, that would be incorrect.”

“It is such a no-news kind of news because I have a different situation than Katie does and so with my situation, I’m there per-show. We had a few shows ahead on the list of obligations scheduled before the pandemic and during the pandemic, nobody was running and afterward, made up some of them and I’m just not on the TV in October. So, after that, who knows? Nobody knows, except the marks that read the headlines.”

Ringside News exclusively reported that as of October 5th there were no talks between WWE and RVD about his comeback.

We’ll have to see what RVD does next. He has that freedom as a free agent. The Whole F’n Show also recently revealed that he has a couple of WWE related projects in the pipeline. He’s still going with just as much steam as ever.