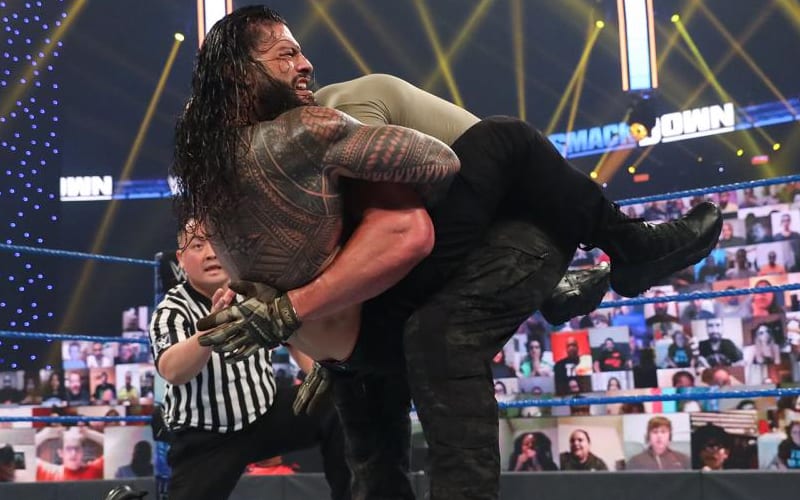 Braun Strowman was unable to capture the WWE Universal Title from Roman Reigns this week on Friday Night SmackDown, but he did put forth the best performance possible. It still wasn’t enough, but that is only giving Strowman more motivation.

Following his loss on SmackDown, Braun Strowman took to Twitter. He said that the training starts now and he must remind that “moron Michael Cole” that he never tapped out, he was choked out.

Right now busting my ass in the gym to get better. I have to remind the moron Michael Cole that I never tapped out. Did I get choked out yes!!! But I would have let Roman take my life before I would have tapped out! And I’m not ashamed to admit it!! #TheMonsterWillAlwaysRise

Thankfully, Braun Strowman didn’t have to test fate last night and the referee called for the bell. Cole messed up when he said that Strowman tapped out because that was not the story they intended to tell at all.