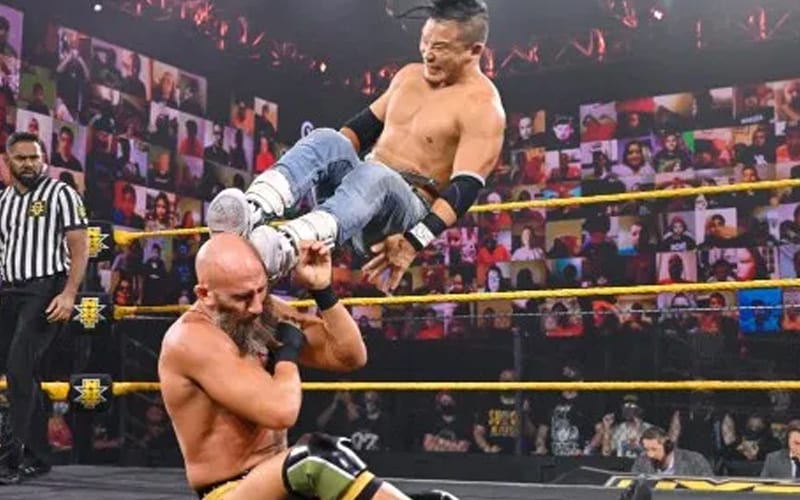 WWE moved NXT and 205 Live to the Capitol Wrestling Center, and that newly remodeled venue has a ThunderDome atmosphere, but the company doesn’t need fans to watch live. They already have enough footage.

It was greatly suspected that WWE was using stock footage for their Capitol Wrestling Center screens. Some of the fans didn’t match up to the action in the ring. WWE’s narrative of live fans watching was really blown out of the water when one fan came forward who appeared during NXT, but she was watching AEW Dynamite live at the time.

PW Insider has confirmed that WWE is repurposing fan reactions for their NXT tapings. Apparently, fans gave the company the ability to use their likeness in this way when signing the ThunderDome agreement.

It was also noted that “WWE is only letting a small group of invited fans from the NXT mailing list into the Wednesday tapings.” So, unless you’re really tight with WWE then you’re not getting a call to be in that crowd.

It was previously reported that every fan admitted into the Capitol Wrestling Center crowd must also pass a COVID-19 test prior to the taping. They also must wear a face mask at all times.