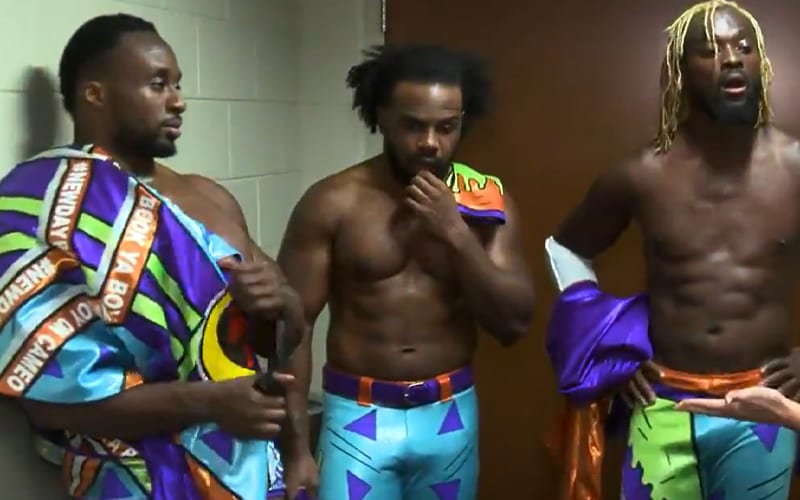 WWE split up The New Day as part of the draft. Kofi Kingston and Xavier Woods are off to RAW, and Big E will hold things down on the blue brand. They had one more match with each other this week before saying goodbye.

Following their victory on SmackDown, the New Day were anything but jovial. They were quite solemn as WWE’s camera caught up with them backstage.

Each of them had something to day, but Woods nearly cried as he spoke his piece. Xavier Woods said that he spent years trying to figure out who to surround himself with. He found Big E and Kofi Kingston and the three formed an unbelievable bond.

Big E is the one who is really being left alone. He spoke about how much time they really spent with each other, and now that time is done, at least for the time being.

Goodbyes are always hard, but in this case it’s not forever. You can check out the video below.