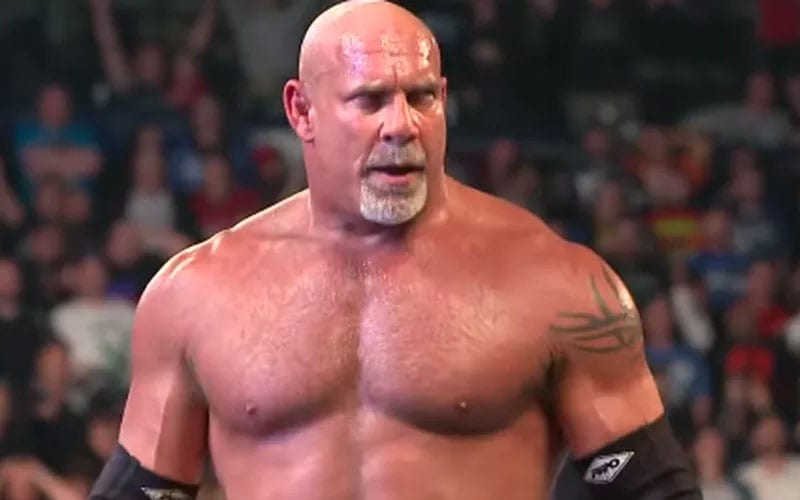 Goldberg hasn’t been seen on WWE television since WrestleMania, but he might end that streak of absences very soon.

The former Universal Champion sent out an Instagram message which included a photo of himself and Roman Reigns. Goldberg really wanted to face Reigns and even hyped the Spear vs Spear showdown that never took place.

Goldberg garnered a lot of attention when he posted a photo of himself in a stare-down with Roman Reigns. Braun Strowman was in the middle of them as he looked on in the photo. The fact that Reigns and Strowman are wrestling tonight is most interesting for Goldberg and he’ll be in the ThunderDome to watch it.

To say I have “INTEREST” in tonight’s #UniversalChampionship match on @wweonfox #SmackDown is an understatement! @adamscherr99 @romanreigns I’ll be joining the #WWEThunderDome TONIGHT for the season premiere

Keith Lee will face Braun Strowman on Monday’s episode of RAW. He also promised to be in the ThunderDome tonight for Friday Night SmackDown.

We’ll have to see if Goldberg shows up in person, or if he’s one of the many squares around the ring in the ThunderDome. Either way they certainly seem to have his attention.