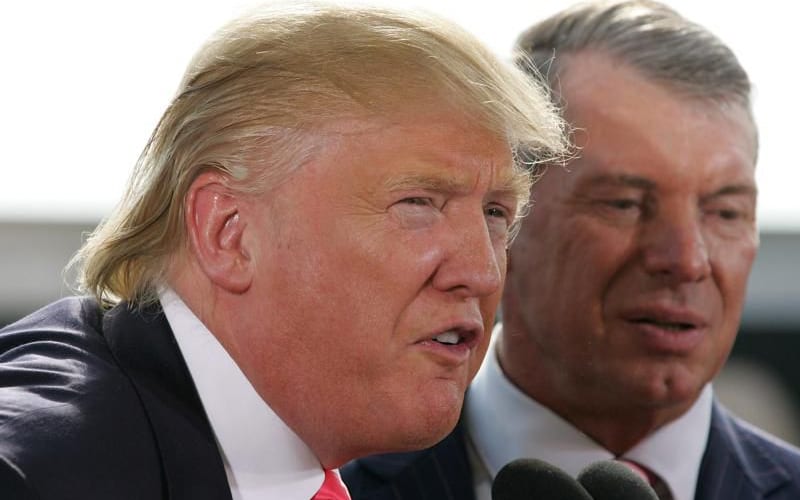 WWE doesn’t mention their 2013 Hall Of Fame induction into their Celebrity Wing very often, but it was Donald Trump. He is currently campaigning for re-election and the no matter how the election turns out Trump could very likely end up on WWE television.

Trump and the McMahon Family’s connections have been well-documented. Linda McMahon has also been responsible for earning a lot of money for his campaign. You can click here for those staggering dollar amounts.

Lavie Margolin, author of “TrumpMania: Vince McMahon, WWE and the Making of America’s 45th President” recently spoke to Wrestling Inc. He said that if Trump wins a re-election then he will do a lot more of the appearances he wants to do. This will apparently include WWE television. If he loses, there’s no way Trump is leaving the public eye and WWE television might also be a place he can go to find support.

“If he is elected, I think everything is out the window. He’ll do more of what he wants, and then, if he’s not re-elected and doesn’t continue on, which aren’t necessarily connected elements, he’ll want to be back in the public eye. And that’s one of the first places that will embrace him, and there’s, from what I’ve read or heard, $450 million of debt to pay down. So whatever you can do, that’s certainly a good way to make a couple million.”

A lot of things can happen between now and November 3rd, but Donald Trump and WWE’s ties aren’t going to sever. We’ll have to see if WWE can get Donald Trump back on their television product as the idea has been teased in certain circles for awhile.