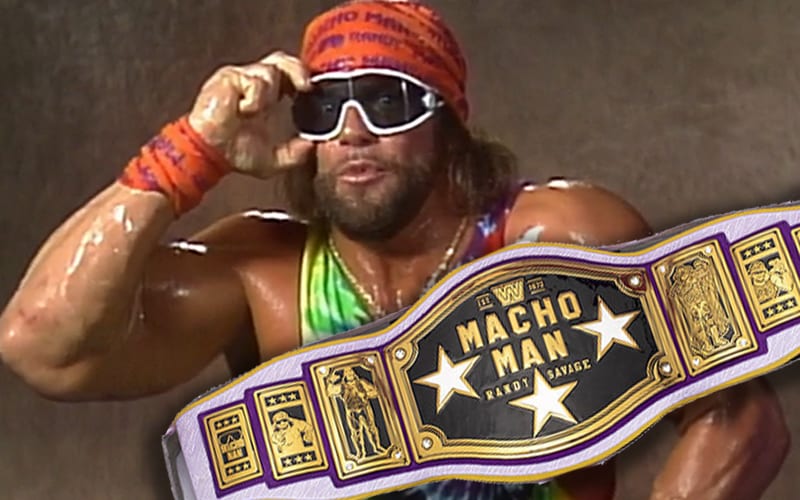 WWE jumped into the high-end collectible market in a big way. They saw that their WWE Shop was filled with fans in the 40 plus demographic who have a disposable income. Now it’s time to get more of that money.

The company has released signature titles in the past. The Undertaker, Steve Austin, Hulk Hogan and more received those belt designs. They are high dollar items and usually come with a display as well.

The company dropped a new belt for Macho Man fans, but it’s not cheap at all. This new $850 title is now up for pre-order and it expected to be in stock on November 10th.

WWE Shop is honoring this incomparable Legend with the latest entry in the Legacy Championship Series line developed to celebrate the legacy and achievements of some of the most prolific Superstars in WWE history. Exclusively available at WWE Shop, only 500 of these titles will ever be offered for sale

The set comes with a bandana and signature Macho Man sunglasses as well. There are only 500 of these titles being made. If you want to get ahold of one then it might be a good idea to reserve your belt now.