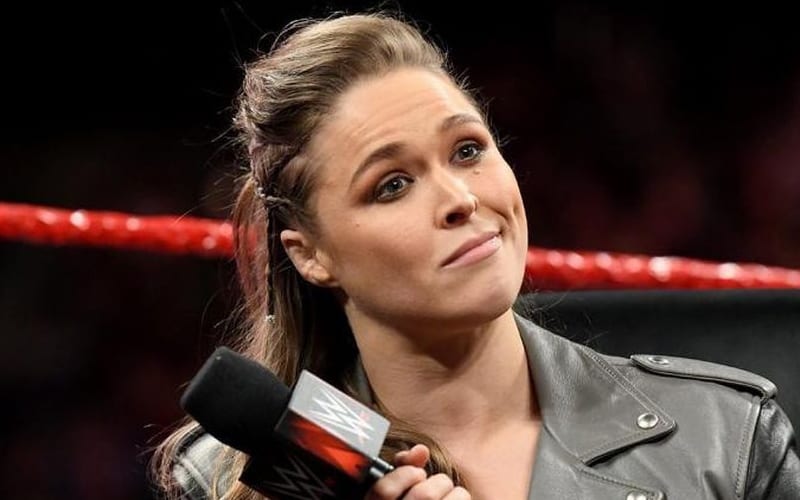 Ronda Rousey hasn’t been around WWE since WrestleMania 35. She lost the RAW Women’s Title, and broke her finger in the process. There were plans for her to show up on RAW the next night, but those were scrapped. Now fans are waiting for a return that has not happened yet.

WWE provided a time when her contract was set to run out when she took her hiatus. Ringside News exclusively reported that she is not expected back that soon. Paul Heyman recently added even more intrigue to the situation.

While speaking to the New York Post, Paul Heyman mentioned Ronda Rousey’s current situation. He said it is funny to assume that her contract is up in April, 2021. For all we know her deal was extended, or WWE was able to work out something else.

“That’s another funny thing about people who don’t discuss their business in public forums. Everyone presumes that Ronda Rousey’s contract expires at a certain time. I don’t understand why people don’t realize that perhaps, just perhaps, Ronda Rousey’s contract has been extended or she has worked out a new deal and it would not benefit either WWE or Ronda Rousey to go public with that information. But why wouldn’t people understand that it would be kept secret?”

Ronda Rousey was recently spotted training in the ring with Teal Piper. Natalya also teased training with a mystery person which made a lot of fans think of the Baddest Woman On The Planet as well.

It will be interesting to see when WWE brings Ronda Rousey back to the ring, but her return will absolutely mean more if it can happen in front of live fans.