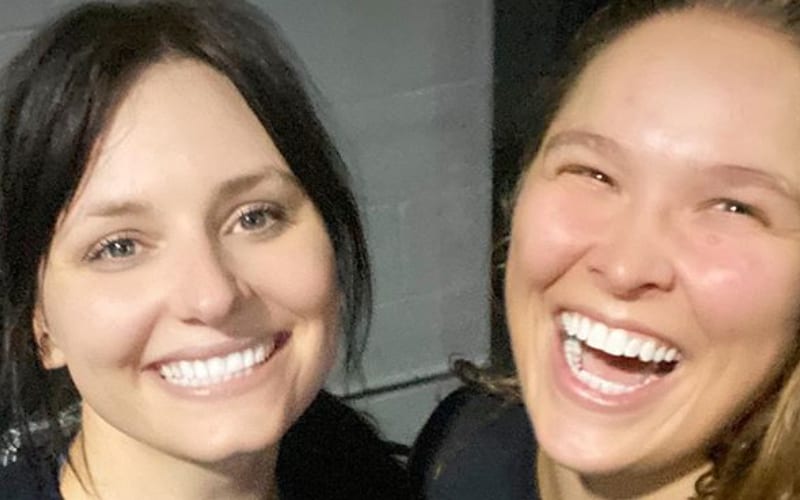 Ronda Rousey hasn’t wrestled since she dropped the RAW Women’s Title to Becky Lynch in a triple threat match at WrestleMania. She took a hiatus that has now lasted well over a year. You can never count out a big surprise for the Baddest Woman On The Planet.

Teal Piper has been out of action for six months after having ACL/meniscus reconstruction surgery. Ronda Rousey doesn’t have any injuries that we know of, but she still isn’t locking up in the ring.

We’ll have to see if this means that Ronda Rousey is any closer to stepping back into the squared circle for real. She was supposedly taking time off to start a family with husband Travis Browne, but that hasn’t happened as quickly as it did for her rival Becky Lynch.

You can check out some photos from Teal and Rousey’s training below.