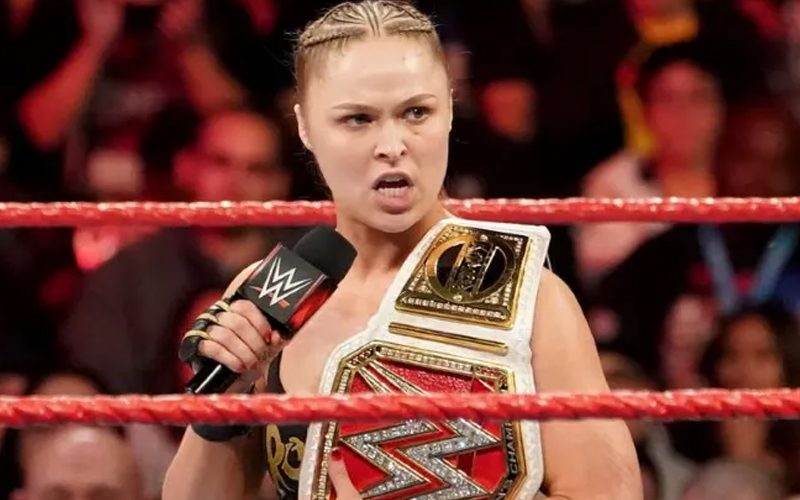 Ronda Rousey sparked a lot of interest in the pro wrestling rumor mill when she was spotted training with Teal Piper. There were also plenty of hopeful fans after Natalya said she was training with a mystery wrestler.

Ronda Rousey’s WWE contract is supposed to run up in around six months. That doesn’t guarantee that fans will see her in a WWE ring before then.

Ringside News has been told that it’s not a good idea to expect her return during that timeframe. A senior member of the creative team told us “something I heard tells me that’s not true” regarding Rousey’s imminent return.

WWE could have always frozen Rousey’s contract, but that is a matter between her and the office. No such report has been confirmed at this time which stated that as fact. Until a report is confirmed about the company freezing her deal, it’s safe to assume that it is still running out in real time.

Ronda Rousey’s return should be treated as a big surprise. WWE needs to generate water cooler conversation the next morning even if that conversation occurs via Zoom call and social media now. That big moment will also be best served in front of a live crowd.

Rousey has also made no secret about how seriously she is taking the pandemic. Florida is not the safest place to travel right now. Rousey and WWE’s deal isn’t over yet, but it might not be a good idea to place too much money on the Baddest Woman On The Planet’s return in the next few months.