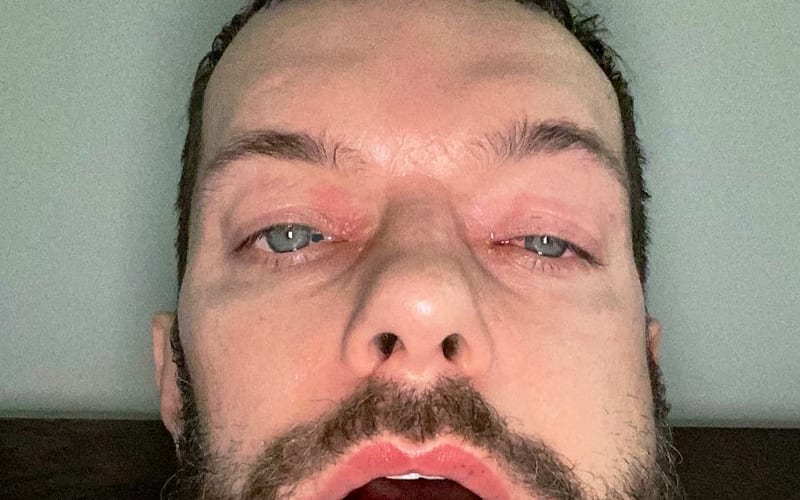 Finn Balor had to go under the knife on Friday to repair his jaw that was broken in two places. That was thanks to his NXT Title match against Kyle O’Reilly at NXT TakeOver: 31. Now Balor has some healing to do.

Don’t expect Finn Balor on WWE NXT this week. If he does show up, the NXT Champion is likely to look pretty rough. Finn Balor uploaded a photo of himself and he’s had better selfies.

“Wednesday,” was the only caption Finn Balor provided. It wouldn’t surprise us one bit if a ton of pain comes with that swollen face Balor showed off. Hopefully, this is a sign that he’s healing, and he’ll be back to action soon.

Ringside News previously covered how long Balor could be out of action. This injury might keep him out of action for six weeks. We’ll have to wait and see if he can hang on to the NXT Title throughout his recovery.

Balor got surgery to repair his jaw in two places, but he didn’t have to shave. Or, we’re looking at five days of beard growth. You can check out the photo below.