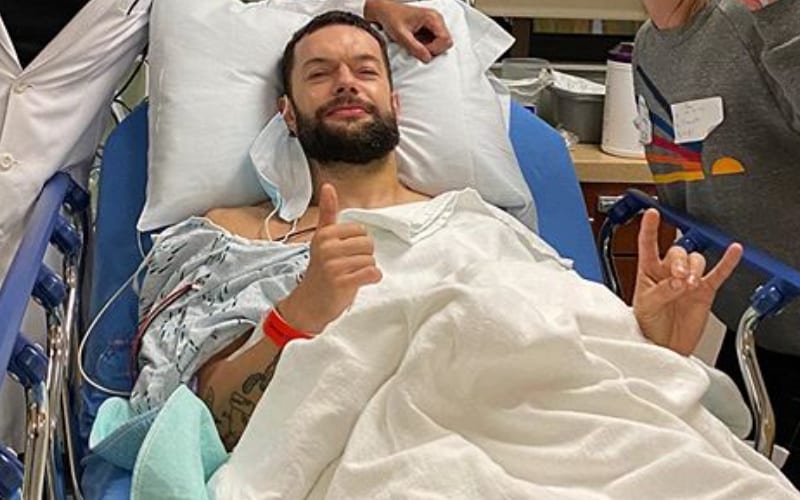 Finn Balor successfully defended the NXT Title at NXT TakeOver: 31. That hard-hitting match left him with a broken jaw, and the NXT Champion had surgery today.

Balor revealed via Instagram that he actually had his surgery last friday.

Last Friday, i underwent surgery for 2 fractures of my jaw, including one going into my tooth.
After the tooth was removed, I was wired shut to restore my bite and help align the fractures. Then 3 plates where screwed in to fixate the fractures for a quick recovery.
Thankfully no wires were needed after surgery!

Hopefully, Finn Balor will make it back soon. NXT doesn’t need to lose another champion via relinquishing their title. As of this writing there is no reported timetable for Finn Balor’s return.