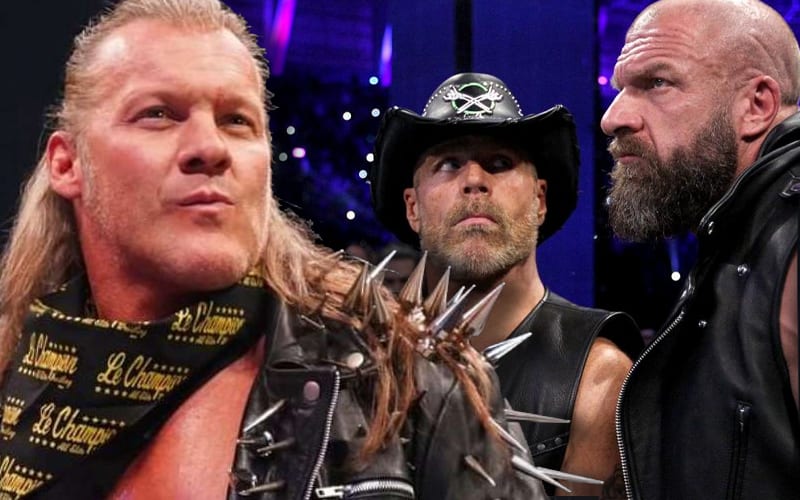 WWE has the tendency to book however Vince McMahon deems fit. They also don’t have the best track record of taking younger talent into consideration when a big name can be promoted instead.

Chris Jericho recently spoke to Busted Open Radio where he explained why he will never have a singles match against Matt Hardy in AEW. He said that fans have already seen that before, and that’ not his place in AEW.

Le Champion then turned the focus toward his former employer as he explained how WWE should have booked a big event where they featured legends instead of younger faces.

“The worst match I ever saw was Saudi Arabia Triple H and Shawn Michaels vs Kane and The Undertaker. That was such a stupid idea in booking. It never should have happed. It should have been Shawn and Hunter versus Roman and Seth and Taker and Kane versus I don’t know give me two names of guys Cesaro and freakin’ Kevin Owens — that’s exciting!”

“It’s oh, we’ll just go out there and wing it, brother. That doesn’t work. That old school mentality doesn’t work.”

Chris Jericho understands that his place in AEW is to help younger talent grow. He has done this already and it’s been amazing for the career of Orange Cassidy. The AEW roster is full of talented younger stars with a lot of potential. We’ll just have to see who gets the Gift Of Jericho next.