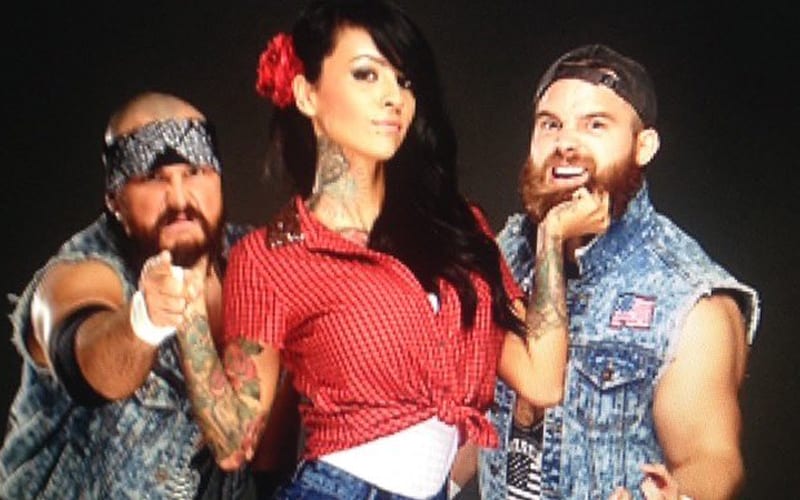 Dusty Rhodes would have turned 75-years-old today. His memory is being celebrated all over the world on a day like today, or any other day for that matter. On a special day like this, a lot of stories are going to come out that show the kind of man he was behind his legendary persona.

Zahra Schreiber used to be in NXT when Dusty was a man in charge. She remembered the day after a private photo of her was leaked online when it was revealed she was dating Seth Rollins and his fiancé at the time leaked it.

Funny story. When I was with WWE the day after my photo was leaked we had promo class. I already didn’t wanna show my face bc I was embarrassed af but I knew I had to just go and address the elephant in the room. I can’t remember exactly how we did it but…

@CashWheelerFTR and @DaxHarwood and I cut a promo that class where they walked in on me taking “selfies”. It lightened the mood and Dusty got a huge kick out of it. Dusty was one of the coolest parts of my short time there.

Dax Harwood replied with a photo from their NXT days. Apparently, they even took a photo as a trio with The Revival and Zahra to see if the gimmick would work. Zahra replied back saying that she is sad the gimmick never happened.