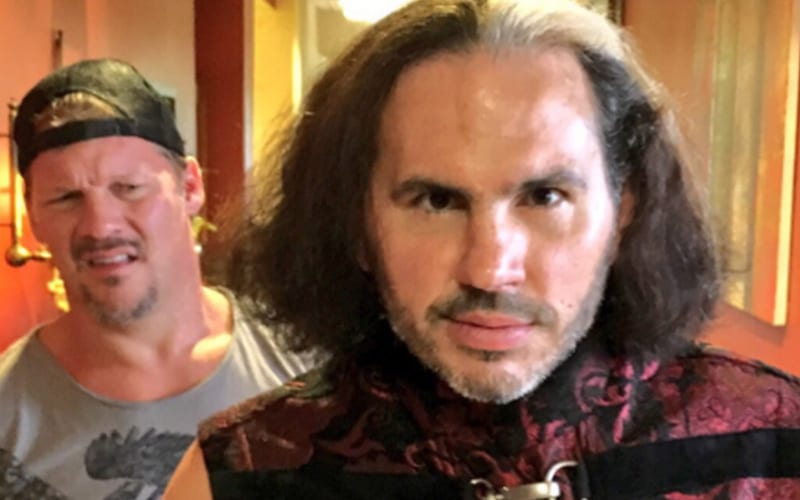 Chris Jericho was the biggest veteran name in AEW when he became their first World Champion. As Le Champion, he carried that title until Jon Moxley was able to defeat him, but The Million Viewer Man has many more missions in AEW.

While speaking to Busted Open Radio, Chris Jericho explained how he wants to work with younger talent. This means that fans won’t see him lock up with someone like Matt Hardy because that’s not why he’s in AEW.

WWE wanted to put Jericho in the same feuds, but as he explained that wasn’t what he desired at all.

“It’s the same thing in AEW. There will never be a Chris Jericho vs Matt Hardy match. Never. Never, never, never because we’ve seen that. If we put it on then suddenly it’s two guys who worked together twenty years ago in WWE. That doesn’t make sense.”

Jericho explained that he might work against Matt Hardy with younger talent in the mix. A singles match isn’t going to happen. Jericho wants to help younger talent perform to the best of their ability and learn on a global stage. This provides the company and fans with fresh matches as well.

Don’t be surprised to see feuds similar to Orange Cassidy vs Jericho continue to pop up on the Fozzy frontman’s resume. Jericho and Jungle Boy seem destined for a big feud down the line and the same can be said for MJF. Chris Jericho has many great feuds he can have in AEW so there’s no need to recycle the past.