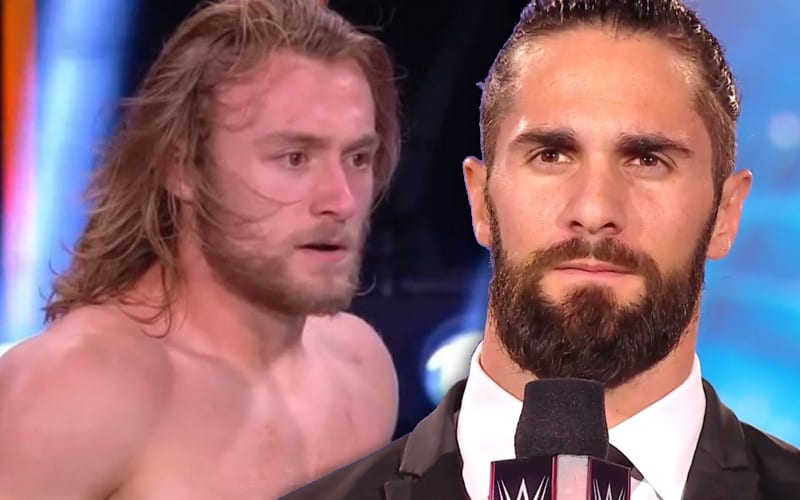 Seth Rollins is more than a WWE Superstar. He also operates the Black & Brave Wrestling Academy with Marek Brave. The wrestling school has graduated some very talented people so far including Benjamin Carter.

After receiving a spotlight on AEW television, Carter received interest from other places as well. A recent positive COVID-19 test slowed down his momentum, but he still has his eyes on the prize.

While recently speaking with Fightful, Benjamin Carter revealed how involved Seth Rollins is with the training at his school. Rollins had to miss a couple of weeks at the beginning of Carter’s training because he was out of the country, but once Rollins returned he didn’t miss any classes.

“It was very cool. ‘Cause they don’t just slap a name on a school and like Rollins is never there. He wasn’t there for the first two weeks of training because he was in Saudi Arabia or a European tour. But, then the next ten weeks, I don’t think he missed a single training session.”

“He was very involved, and that was really, really cool. I just look at the stuff I was doing before I trained there and the stuff after, it’s just a world of difference. It still doesn’t feel real that those guys are my trainers and I can hit them up at any time and ask for their opinions on stuff. You know, critiques on matches and that they’re always there.”

“They’re just a text message away. I can’t say enough good things about the school. If anyone wants to be a pro wrestler and get trained by the best, in my opinion, there’s no better school out there than Black & Brave,” said Ben Carter.

Following Carter’s big match on AEW television, he also received messages from his trainers. They were happy to congratulate him on his performance, but Carter was also looking for critiques so he can become even better in the ring.

“Yeah, I did. It was cool because they reached out saying, “Congrats on everything,” and then obviously then comes the critiques. Which I’m all about. I’d rather you tell me things I could have done better than just blow smoke, you know? It’s just really cool that I get to have those guys in my corner and they’re two of the smartest brains in the entire wrestling world. So, I’m very fortunate,”

Benjamin Carter has a bright future in pro wrestling. His appearance on AEW television brought a lot of attention to him. Now we’ll have to see where he lands next.