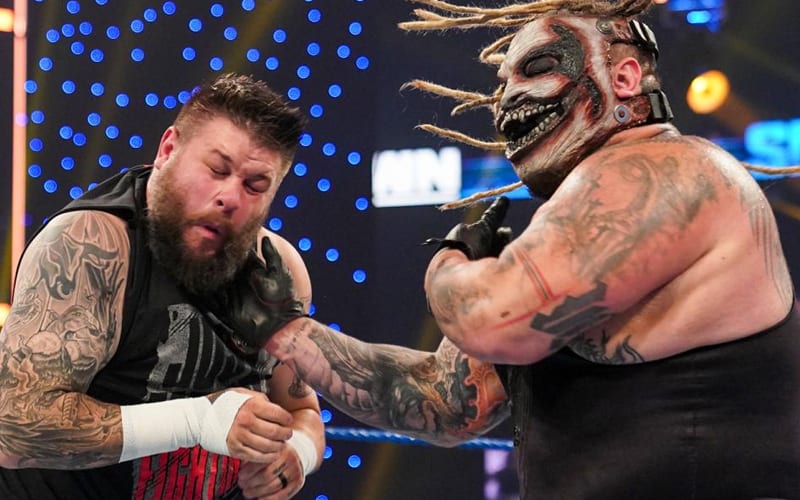 Kevin Owens lost a match against Bray Wyatt’s Fiend on WWE Friday Night SmackDown this week. They say that encountering the Fiend will change someone. The same is apparently true for Owens.

Following his loss on SmackDown, Kevin Owens logged onto Twitter and he addressed those nagging fan questions. How has The Fiend changed KO? He had a very interesting answer.

Since Friday night, lots of people have been asking how The Fiend has changed me…

Well, the truth is I don’t know how or if He changed me but I do know that this morning, my daughter decided to change me into a tiger and she did a pretty great job of it!

Kevin Owens is a WWE Superstar, but he’s said be before that being a father comes first. The Fiend can do his worst to Owens’ psyche in the ring, but there’s always going to be room for his kids when he’s not on the clock.