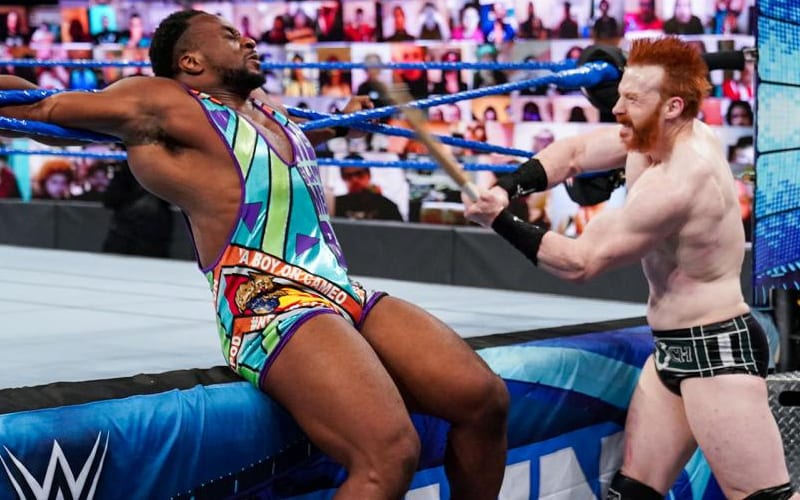 Big E is the top earner on Cameo out of any other current WWE Superstar. You can click here for the total list of top 10 legends and current Superstars to see for yourself. E loves his Cameo, but WWE is coming for it.

The company will soon own all Superstar Cameo and Twitch accounts. WWE informed Superstars that they will take control of their Twitch and Cameo accounts and then divvy out a portion to the talent.

Soon Superstars will get a percentage of that money and it will count against their downside guarantees. This is a move that has a lot of people wondering how WWE can get away with this. Big E is still all about his Cameo.

During his Falls Count Anywhere match on Friday Night SmackDown, Big E wore gear that said “Ya Boy On Cameo” written on the side. This obviously made it on television because we have the photo to prove it.