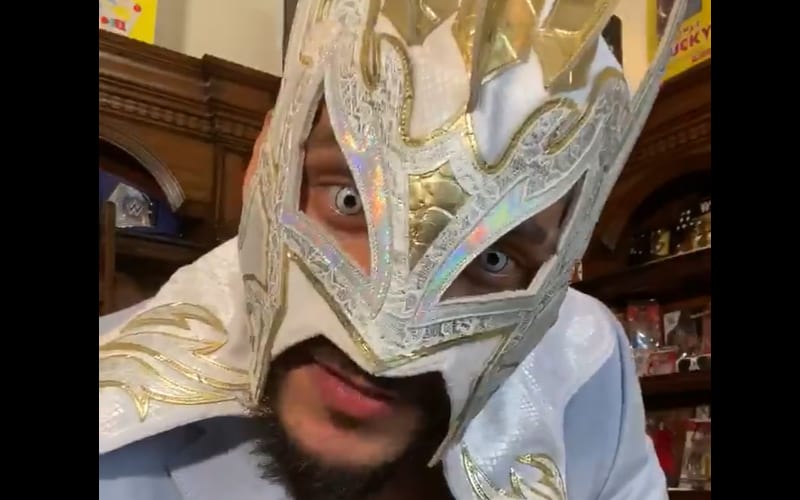 Kalisto was placed on SmackDown in the 2020 WWE Draft. Gran Metalik and Lince Dorado are still free agents, but Kalisto is ready to do his own thing.

He dropped a video where he said the world is a jungle. He congratulated Lince Dorado and Gran Metalik on being free agents. Kalisto then declared himself the G.L.O.A.T: Greatest Luchador Of All Time.

Kalisto addressed Metalik and Dorado as he said “don’t worry about me, good luck.” He bid his Lucha House Party stablemates farewell and now he’s set to make a name on his own.

This could be an interesting time for Kalisto. He has cut these promos from his sick home office in the past. Hopefully, it’s a sign of more to come because he is in the greatest shape of his career.