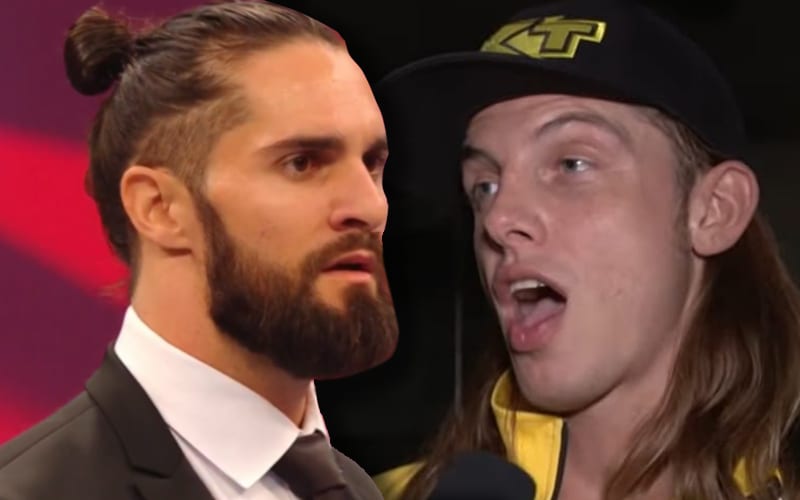 There seems to be some heat between Seth Rollins and Matt Riddle, and it’s likely real. A fan has come forward with a first-hand account of the friction between those two Superstars.

Rollins remarked that he’s not looking to wrestle Riddle ever when it was revealed that he’ll be going to SmackDown. A lot of people wondered if the tension was real, and there seems to be fire with that smoke.

In reply to an article about Rollins said, one fan chimed in with their own story to help clear things up.

“After last year’s survivor series, Riddle took me and our crew out to eat at the same steakhouse Seth, Becky, and Karl Anderson were dining at. They knew we were there but went out of their way to acknowledge us.

Throughout the entire weekend, Riddle talked sh*t about Rollins, and how he never evolved as a performer, how he didn’t take care of his opponents in the ring, how he was stale, etc. This wasn’t just one conversation, it was every time I saw Riddle that weekend.

So many of our conversations revolved around wrestlers, and people in general, Matt didn’t like or think highly of, or had a personal bone to pick with them. If we weren’t chatting wrestling, he was either bashing others or boasting about himself, often both at the same time.

That said… I can’t possibly see why Rollins — and Brock, and Goldberg, and just about everybody else who knows better — wants nothing to do with him in a professional or personal sense of the word.
Alas! Surely it is nothing.

Went out of their way NOT to acknowledge us.
It was a sh*t show. I thought something was going to go down.
Instead, it was nonstop talk about how Rollins stinks, how he’s awesome, and what it was like for Matt to have eaten the RKO.

Keith and Mia were supposed to join us both times, but they didn’t show. I’m sure there was nothing to it, though.”

Apparently, Matt Riddle liked to talk about other wrestlers. He apparently didn’t realize that he would need to share a locker room with some of them eventually. We’ll keep an eye on this situation.