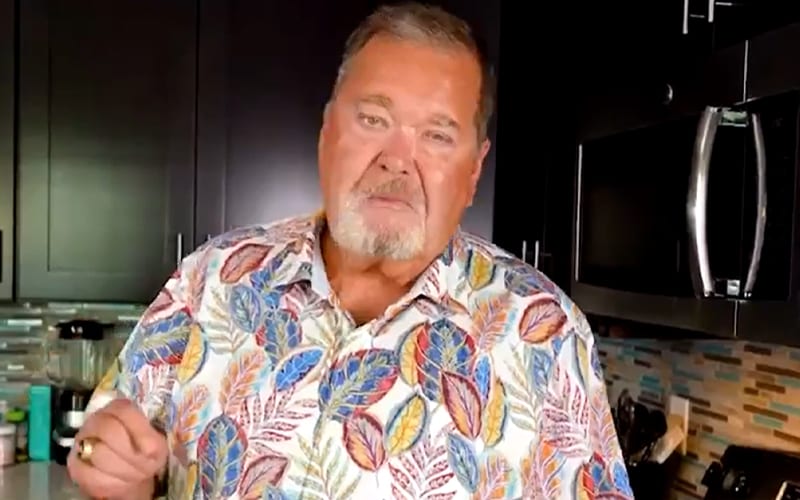 AEW was lucky to snag Jim Ross, and they have been able to give him another chapter in his legendary career. He is working with good people in AEW, but if he weren’t then Ross has a way of dealing with those people as well.

Jim Ross recently spoke about negativity and how he deals with it. After his wife Jan died he had to deal with a very tough situation. He has decided to surround himself with people who don’t bring negative vibes.

“I have this saying nowadays about myself that maybe others can consider attaching to. I have no room in my carryon for negativity. Since Jan left us I’ve gone through my list of friends who tagged in and who didn’t and I have eliminated people.”

“It wasn’t a big deal. I didn’t go on Twitter. We can’t do anything about yesterday, we can only learn from it. We can only directly effect today because tomorrow is not guaranteed. When you lose a loved on — boom like that no sickness, no illness, she was as healthy as she can be you realize that tomorrow is not guaranteed for any of us. Basically, live for today and be happy and if there are people in your life who are pains in the ass — lose em! ‘Ah that’s awful harsh’ — Yeah, but my mental health is more important than being harsh or not. If somebody doesn’t wanna play team ball and be nice — you don’t have to deal with them.”

Jim Ross didn’t directly call anyone out, but there were apparently people he cut out of his life. Now JR is living with a new mantra and if you don’t like it then he probably doesn’t really care. You can check out the clip below.