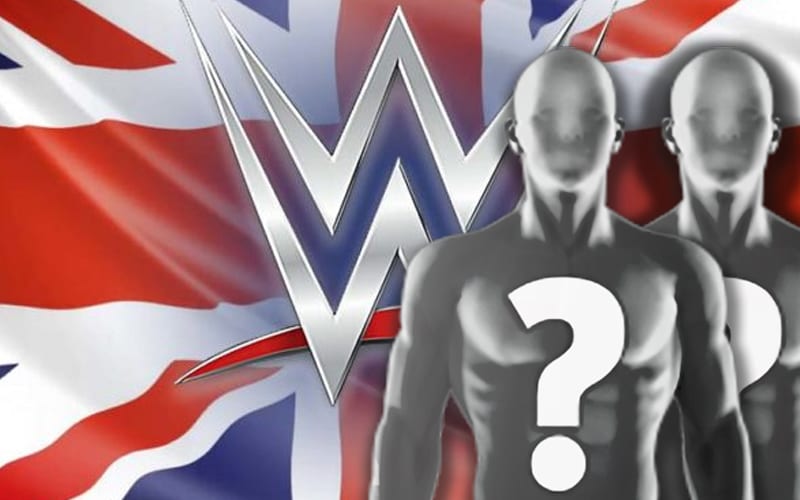 WWE had a lot of plans for 2020, but the pandemic kept the company from pulling them off. Now one big match has come to light for an event that never got to see the light of day.

We’re not sure exactly where WWE was planning this event, but the Wrestling Observer Newsletter noted that “WWE was apparently looking at doing at U.K. PPV.” Of course, due to COVID-19 those plans couldn’t happen.

The venue in the U.K wasn’t mentioned, and there are a lot of choices throughout the United Kingdom. The company was also looking to put on a match that has been teased for quite a while.

WWE was apparently looking at doing a U.K. PPV which would have been headlined by McIntyre vs. Tyson Fury, but they aren’t able to do it at this time.

AEW also had to scrap plans for a UK pay-per-view. During the Double Or Nothing media scrum, Tony Khan spoke openly about how Fyter Fest was originally slated to be in London this year.

“Originally, Fyter Fest, I was going to do it in London. We can’t do it, it’s just not possible. We had the plans and I thought it was going to be our debut and now I’m telling the world ‘I’m sorry.’ I’m not sure when (we’ll debut in England) but it was gonna be Fyter Fest. We would have had this great show,.”

Both WWE and AEW had plans in motion to bring pay-per-view events to the UK in 2020. Those plans had to be nixed due to the pandemic, but they could always circle back around to the idea when it becomes more feasible.