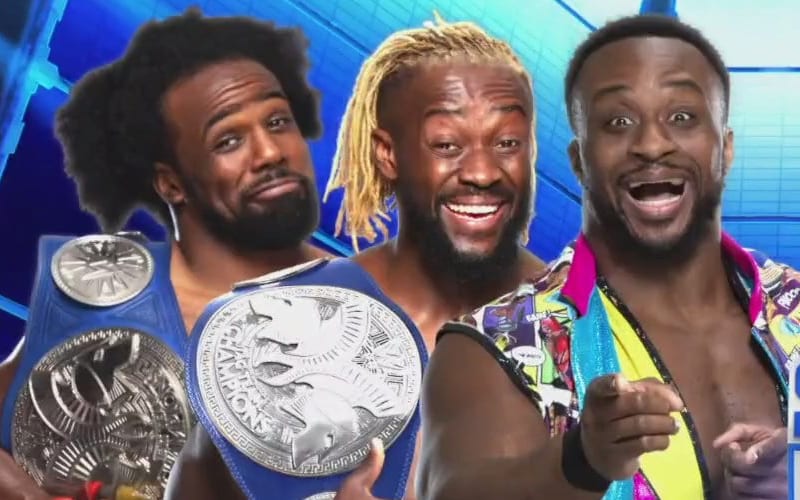 WWE is going to put on the biggest show they can next week to kick off their second season on FOX. They promise a first-ever Universal Title match on the blue brand and they will say goodbye to the New Day.

During the final portion of the show this week, they promoted Roman Reigns vs Braun Strowman with the Universal Title on the line. This will give Strowman a chance to regain the title he lost at SummerSlam.

The New Day will also have a farewell match next week. They were split up thanks to the 2020 WWE Draft. The three New Day members will face off against Shinsuke Nakamura, Cesaro, and Sheamus next week.