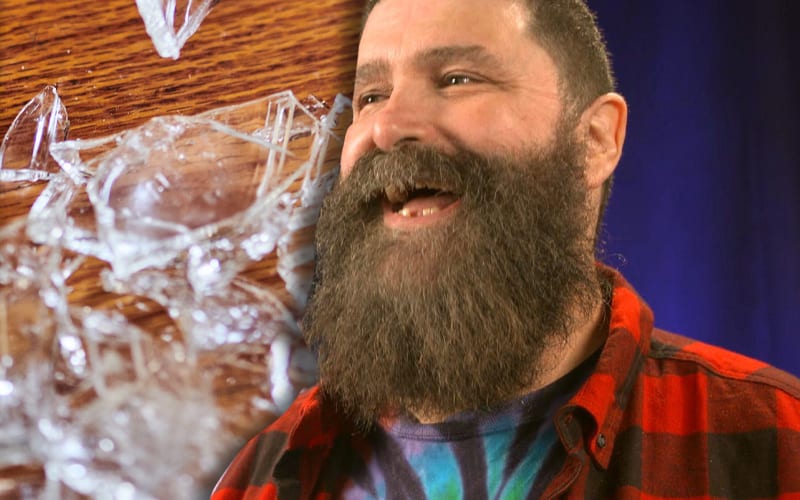 Mick Foley is a WWE Hall Of Famer and loved throughout the world. He put his body on the line countless times, but there were also occasions when he needed to be reeled back a bit.

WWE is bringing back their Storytime show. Ron Simmons is featured during the second season premiere telling a very interesting story about Mick Foley. Apparently, Mrs. Foley’s Baby Boy had a Taipei Deathmatch spot on his mind with Simmons.

“He doesn’t just get up there and jump off a building he does his homework of how he’s going to do it and who he’s gonna do it with. Hell, I remember him coming to me and saying, ‘Ron I’ll do this and I’ll do this to you’ — no you will not, okay? Ron Simmons is not gonna let you jump off a 50-foot ladder and jump onto him, that’s not gonna happen.”

“What if I just took my fist and I glued it and I spiked it with some glass and I just keep on whacking you?!” I’m like, “bro, that’s not gonna happen, okay? Not me, okay. We will not do that, okay? You will do that, not Ron Simmons, alright?” I actually thought the guy was out of his mind, but that’s just putting it honest.”

Mick Foley had a lot of wild ideas, but it was all for the sake of entertaining fans around the world. His in-ring career is behind him, and Foley spilled a lot of blood in the ring. He never got to glue up his firsts and cover them with glass while he faced Ron Simmons, but there are plenty of other memorable and dangerous moments that Foley did get to pull off in the ring.