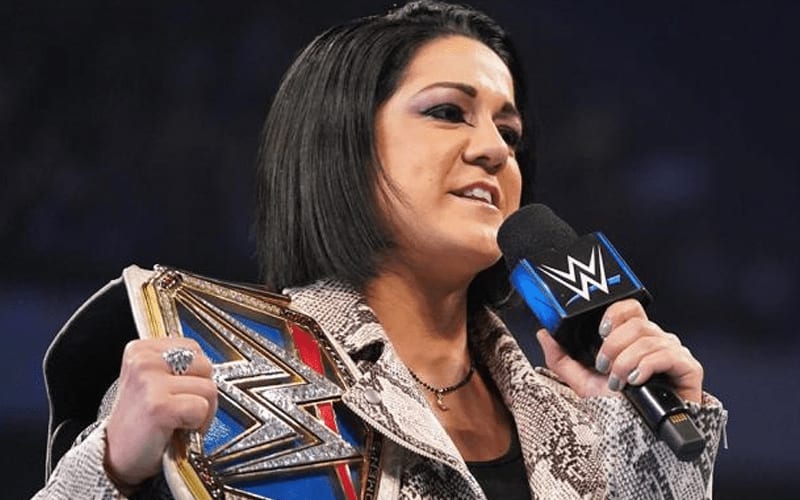 Bayley will defend her SmackDown Women’s Title against Sasha Banks this week on Friday Night SmackDown. The former Hugger became a mainstay with that title and fans got very used to her holding it. She is celebrating one year as champion, and plans to carry on with her blue belt.

She spoke to Sports Illustrated about her yearlong reign as SmackDown Women’s Champion. Bayley said that the hard work starts now as she continues to prove everyone wrong because her run as champ is far from over.

Now starts the hard work. Now is the time to prove everyone wrong. People think this honeymoon stage is going to end. They’re thinking, ‘Bayley has a good run.’ But this isn’t the end, it’s the beginning. I still have a lot left to do, a lot to accomplish, and a lot of girls to beat up. Bianca Belair is on top of that list. There’s plenty of time for me to make more history.

Bayley experienced a big character transition as she murdered her Bayley Buddies and chopped off her hair. That change proved to be very effective as she carries on with “Ding Dong” as her catchphrase and the SmackDown Women’s Title over her shoulder.