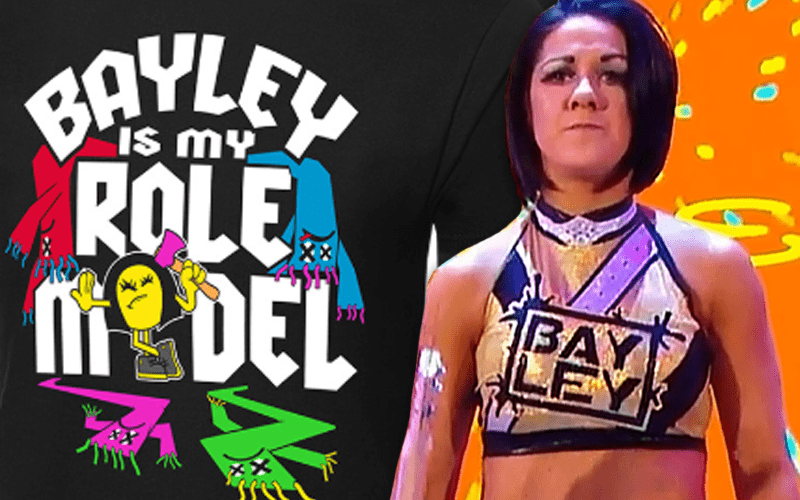 Bayley destroyed her babyface persona in a big way as she slashed up her Bayley Buddies on live television. Now WWE is capitalizing on the shock of that visual that will never fully leave us.

WWE Shop is now selling a t-shirt showing the Bayley Buddy murder in all its commercial glory. They are certainly cashing in on this atrocity as dead Bayley Buddies with their eyes X’ed out fill this new t-shirt.

The shirt proudly proclaims: “Bayley is my role model” as the Hugger’s former smiling emoji is now holding a pink weapon after slaying a room of Bayley Buddies.

You really have to give WWE some credit for going all out on this design.