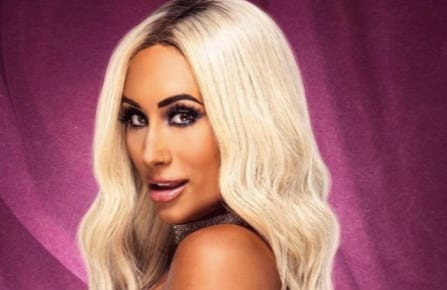 Carmella is back on WWE programming and many fans are hoping that will mean she becomes a dominant force in the women’s division – regardless of which show she ends up on after the Draft – for a long time to come.

She has certainly made an impact within the WWE Universe in the wake of her return and that trend looks set to continue as she aims to further develop this new character of hers.

One point that she felt was important to note on social media was that, finally, WWE appears to have gotten the rendering on her promo shots right.

Praise the render gods!! They finally came through!

The second photo indicates the issue that Carmella had, and now, we finally have an image that does the former SmackDown Women’s Champion justice.