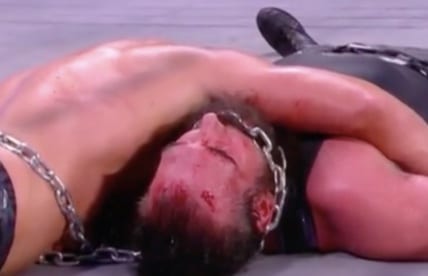 Brodie Lee may have dominated Cody Rhodes when he first won the TNT Championship, but he couldn’t recreate that magic when the two met in a Dog Collar match on AEW Dynamite last night.

The Dark Order seemed to be on a rocket ship to the moon after Lee’s big win but all of a sudden, they appear to be right back where they started.

In the wake of his defeat at the hands of Cody, Brodie took to social media in order to give a somewhat surprising reaction to the match.

Much respect to Cody Rhodes.

This may just be two competitors showing respect for one another but when you consider the persona of Brodie Lee’s on-screen character, it does seem odd that he’d be this humble.