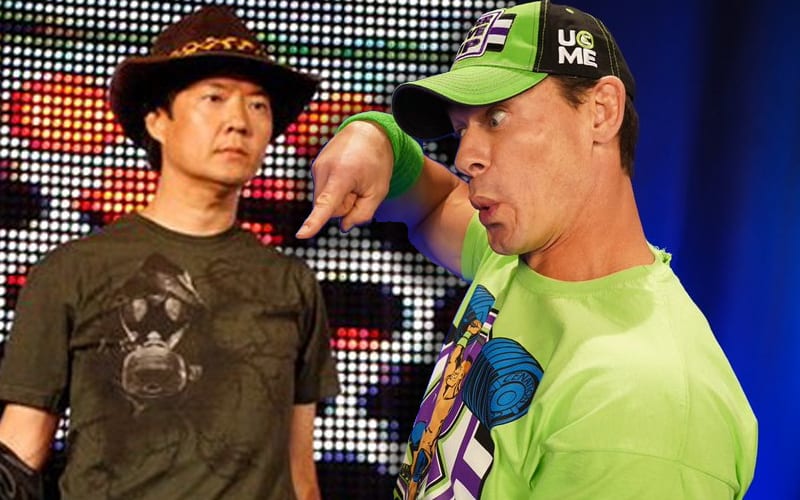 Some things are hard to forget, especially when that memory involves John Cena chucking you out of the ring. That happened to Ken Jeong on August 3rd, 2009 during an episode of RAW. The most regrettable part is he was trying to save Jeremy Piven at the time. Jeong has yet to forget about it.

The Hangover star was on WWE The Bump today. He recounted being launched by Cena and he didn’t appreciate WWE replaying the footage. As Jeong continued to explain how much he hates John Cena, The Bump crew had a good laugh.

Ken Jeong was likely referring to Dave Bautista. The two became good friends while working together and The Animal would probably have the good doctor’s back if he needed him in a pinch.

Cena is very busy with his own career outside of WWE. We’ll have to see if those two can hash it out if they ever meet again.