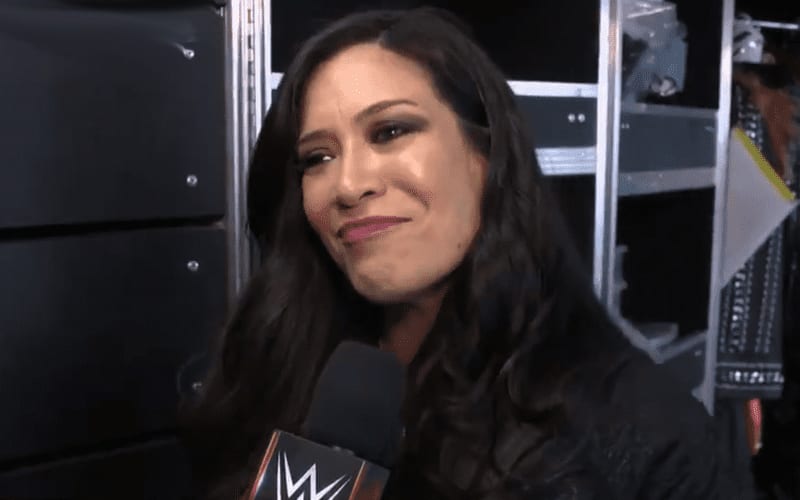 Earlier this week, a report surfaced online stating that former WWE Superstar Melina is on her way back to the WWE. The report revealed that the former Women’s Champion has “come to terms” with WWE regarding a return.

Melina has now taken to her Facebook page to address these reports. The former WWE Superstar clarified that she has not signed a deal with the company but it doesn’t mean that she won’t in the future.

The former two-time Women’s Champion fired some shots at the site that broke the news and accused them of “lying to the fans”. She also said that if a return doesn’t happen now, then she’s fine with it but if it does then the site that broke the news has ruined a great surprise for the fans. Melina goes on to drag websites that reported her WWE return, but we were only going off the original report from PW Insider.

This makes my heart ache because I love my fans so much. I want you to realize that these sites that claim they know what’s happening don’t. How many times have they falsely reported things about me and said I am returning? You can’t believe them because they do not report real or correct news. They often twist things up to get clicks.

I AM NOT signed with the WWE. But that doesn’t mean it is not a possibility. My reason for this post is that it bothers me that these sites lie to fans. If I potentially get signed, don’t forgive them for lying to you. I know there are those that aren’t a fan of mine, but I still will care about them as I do my own fans. I don’t like when people lie to you and/or bring your hopes up. You deserve better than that. YOU should demand better than that. They think it’s ok to pull these stunts because you’ll still follow or click that link. You should follow sites that don’t treat you like you’re stupid and do not lie to you. It seems like a lot of wrestling news sites do that though.

I don’t know what my future will hold but I know 2020 has taken so much from me. From all of us. Going back home to the WWE would feel like everything I’ve gone through was for this very moment. But we don’t know what’s going to happen.

There’s so much more than just give someone a contract. I lost my father last month, am I emotionally ready? I’m 41, am I physically capable? Is there a story available? Simply talking to the wwe makes my heart happy. I am grateful for my time with them. One day I’ll come home but when the time is right. So if it doesn’t happen now, Im sorry you thought I was returning. If it does happen… well these sites ruined a great surprise. You should be upset that they cheated you of that moment if it happens.

If I don’t come back, it’s ok. My life is always about gratitude & positivity. Melina will always find & create happiness even when it seems like there is none. But If I return, I am going to put every bit of heart in it in honor of my father and every bit on my soul for the loyal fans who followed all these years, standing by me through the good and the bad. I love you all so much. Never forget that. Please stay safe.

It will be interesting to see if Melina does indeed show up on our screens once again. The 41-year old Superstar has always been a fan-favorite and her addition to the current women’s roster would certainly shake things up for good.