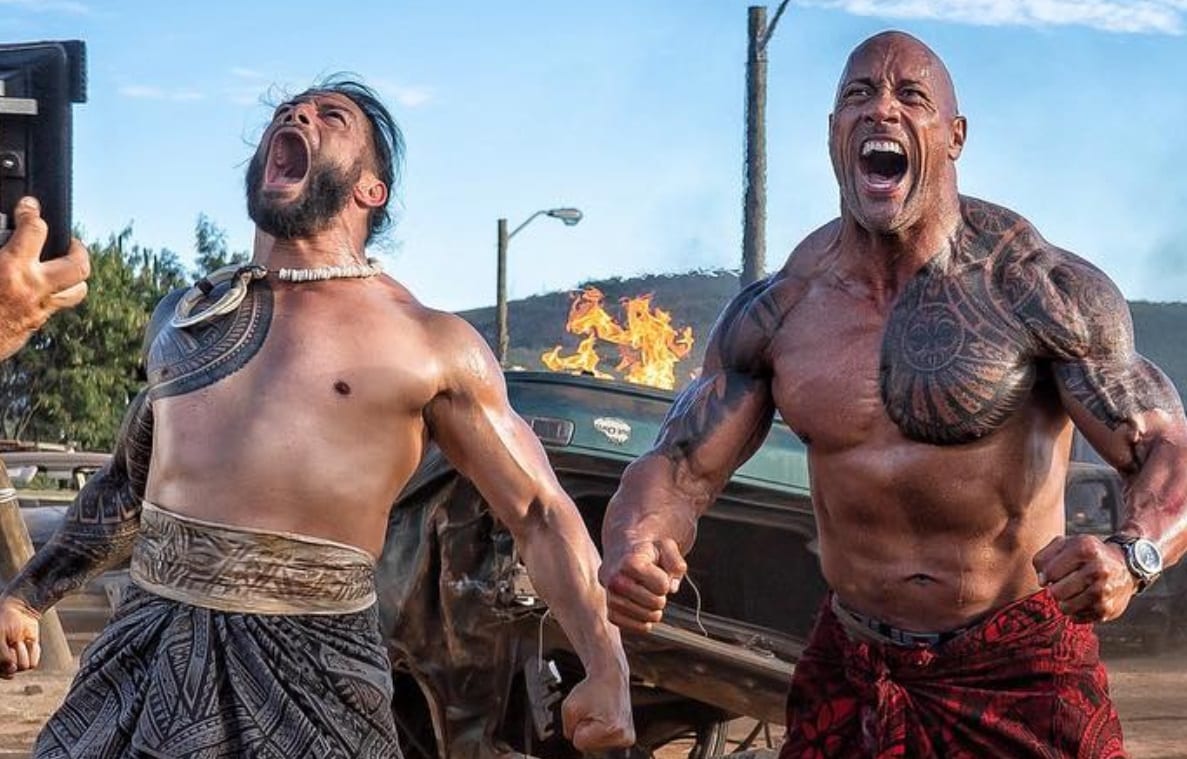 Roman Reigns has a lot of good people around him. As the Tribal Chief, he has the luxury of picking and choosing who he takes advice from. He has certainly learned a lot from his cousin The Rock

While speaking to the Load Management podcast, Roman Reigns brought up his relationship with The Rock and what he learned from him. The two shared the screen during Hobbs & Shaw, but those life lessons extend off the movie set.

“Just be kind to others. No matter where you find yourself, try to give back as much as possible and help those when you can. Obviously, when you’re in that type of situation, there’s gonna be a lot of people and a lot of hands out there that wanna be filled. But when you can, be as genuine as possible, and help out as many people as you can.”

“That word ‘genuine’ really rings true with him, especially seeing him at work. He’s the No. 1 guy and the biggest draw in all of Hollywood and entertainment. They shoot him first and he’s still hanging out when they flip the whole scene so the other actor can read to him and have that line of sight. He’s obviously busy – I know on Hobbs and Shaw he was still working heavily on his tequila and trying to get that figured out and probably had like three more projects in line……but he’s still very hands-on with the creative process.”

“When you’re at that level and you’re the busiest dude in the world and you still have time to say hi to the lighting guy or the crew guy over here….it’s really cool. He’s very smart about how to structure his day, and he still works extremely hard. He treats everybody as if he was on the comedown.”

The Rock could teach a lot of people incredibly valuable lessons. He took the world by the horns and made himself the most electrifying sports entertainer in WWE History. Dwayne Johnson’s career continues in Hollywood, and he could have political aspirations eventually as well. Roman Reigns will be watching his cousin closely along with the rest of us.