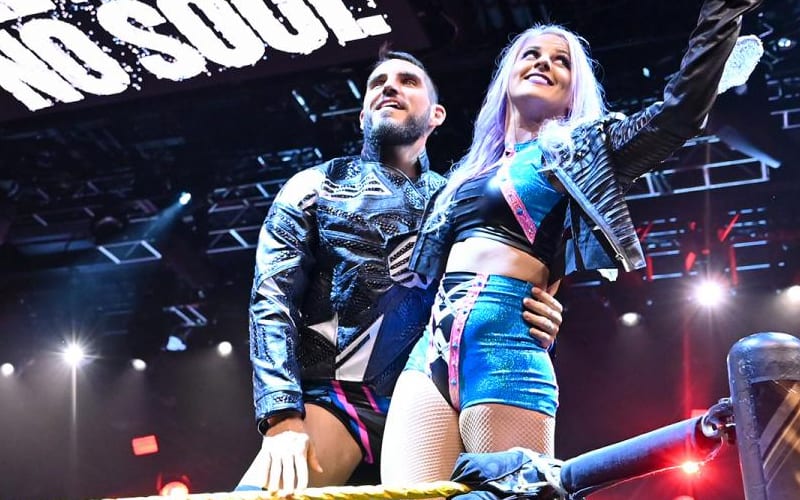 Johnny Gargano and Candice LeRae have a big night ahead of them at NXT TakeOver: 31. They are both in title matches, and to celebrate this they had a little Twitter Q&A.

Click here for our full run-down of NXT TakeOver: 31.

Fans asked a wide array of questions, and the Garganos had different answers at times. This was the case when one fan asked them about their dream matches on the WWE main roster.

Johnny Gargano said his WWE main roster dream matches include: Daniel Bryan, Seth Rollins, and AJ Styles. All of those matches are very possible. Candice LeRae also picked two opponents that could be very likely for her as she went with Bayley and Ruby Riott.

The WWE Draft is coming up next week. That brings the thought of NXT Superstars being plucked from the black and gold brand. Triple H and Vince McMahon have a complicated relationship around draft time as Ringside News Exclusively reported.

When one fan asked the Garganos if they think one of them will be drafted, their reply was quite clever: “Johnny says Yes.. to the Browns.”

Gargano wrestles Damian Priest for the NXT North American Title and LeRae has a match against Io Shirai with the NXT Women’s Title on the line. We’ll have to see what the future holds for Johnny Gargano and Candice LeRae. They will certainly make the most out of NXT TakeOver: 31.