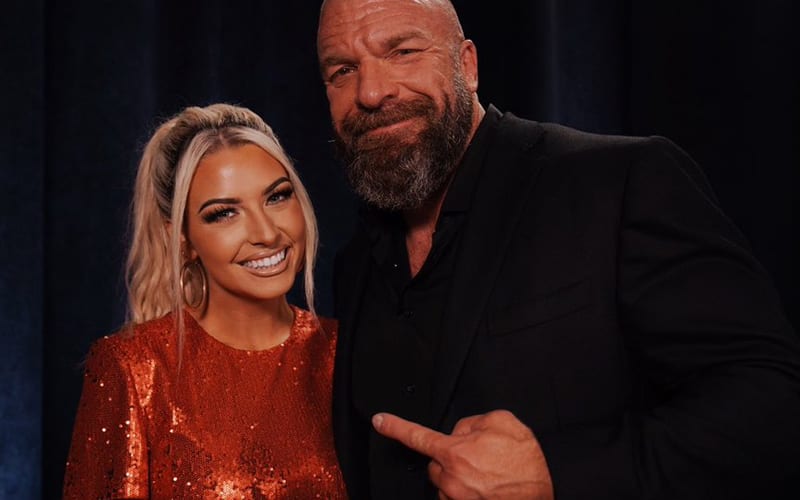 McKenzie Mitchell has been around WWE since September 2019, and now her spot in NXT is official. She finally got a chance to pose with Triple H for one of his famous Point photos.

Triple H explained why The Point photo came out. He said that back in the day they had no WWE Network to show off NXT talent. Pointing at a Superstar to watch was the best way of getting the word out.

Thankfully, fans are still much more aware of NXT, but The Point remains a tradition for the black and gold brand. McKenzie Mitchell was certainly happy to finally get her photo op with The Game.

If you konw, you know [point emoji] I’m now officially initiated into the black and gold brand after an awesome conversation with @tripleh before tonight’s #nxttakeover :31! don’t miss it at 7 pm ET

Mitchell will be on hand for NXT TakeOver: 31. She’s been doing backstage interviews and whatever else they need her to do. McKenzie Mitchell also appears on The Bump which just celebrated its one-year anniversary.