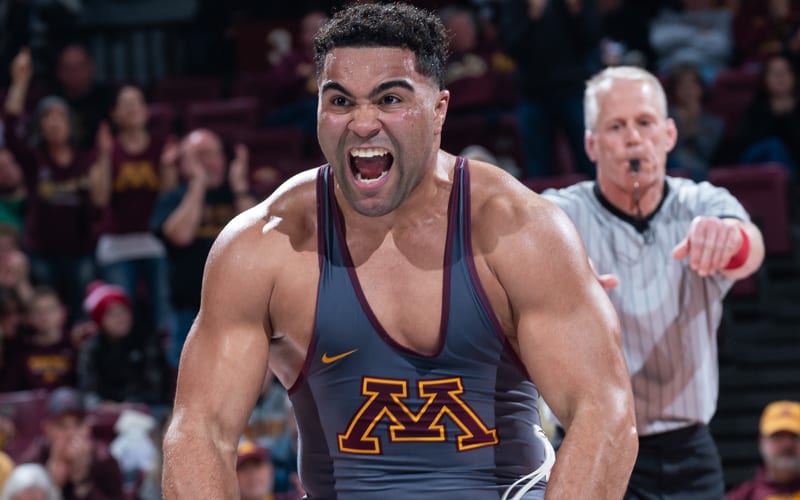 WWE always has their eye on new talent, but they recently released an incredibly valuable asset for their company. Gerald Brisco was responsible for bringing in a lot of top names like Brock Lesnar and so many more that he found in the world of NCAA amateur wrestling.

Gable Steveson has a lot of eyes on him. He has trained with Brock Lesnar in the past. Steveson sent out a tease this week that he still has interest in becoming a champion managed by Paul Heyman.

It was noted in the Wrestling Observer Newsletter that WWE might be in a different mindset right now when it comes to bringing in people like Steveson. The company used to have people around who pulled for the company to drop big money on younger stars with incredible wrestling ability, but that might not be the case anymore.

Without Jim Ross and Gerald Brisco, WWE may not be willing to make the kind of offers they made Lesnar and Angle to get them to come into WWE. Steveson does have amazing agility for his size as wrestling as the wrestling skill

Gable Steveson has the potential to be an Olympian. It was noted that he could try out in 2024 where he is likely to be at his peak. That seems like a long wait, and it’s unknown if it will happen. WWE is always an option, but the company might not have the same people in key roles to pull for such a signing like they used to have around.