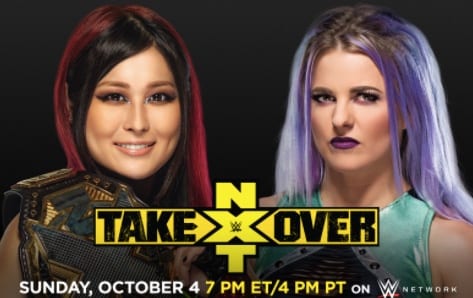 As seen on Sky Bet, the betting odds for Io Shirai vs Candice LeRae at NXT TakeOver: 31 have been released.

These two women have been friends in the past but they’ve also been rivals, clashing in a big TakeOver bout as recently as last August in Toronto.

Now, however, the NXT Women’s Championship will be on the line when Shirai defends the belt against LeRae.

In terms of the odds, Shirai is the clear 4/9 favorite to retain the NXT Women’s Championship. On the flip side, LeRae is the 13/8 underdog to pull off the upset.

Regardless of who comes away with the title, there is an expectation in the air that this could be one of the best women’s matches in recent TakeOver history.