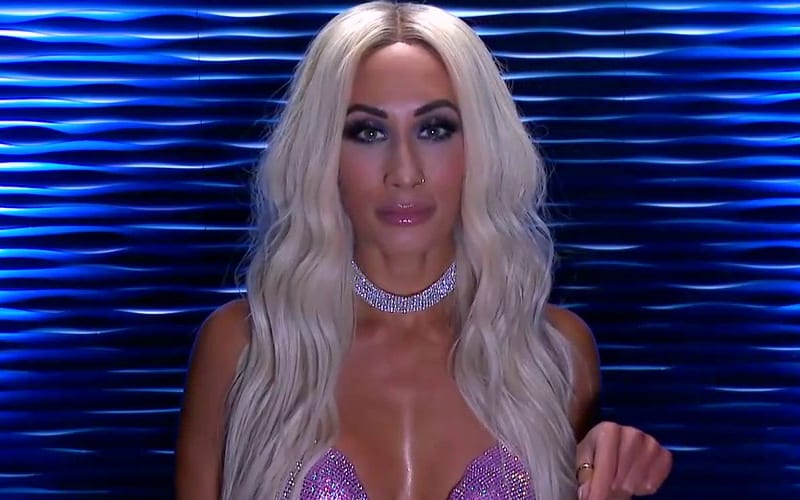 WWE finally revealed the identity of the mystery woman on SmackDown this week. The Princess Of Staten Island Carmella was behind the segments.

Ringside News exclusively reported weeks ago that Carmella was the Superstar that WWE was promoting. That report was correct and it was proven this week on SmackDown.

During SmackDown this week, Carmella revealed that she was the “Untouchable” Superstar the whole time. She said that it doesn’t matter whether she is drafted to Raw or SmackDown. She will be a part of the draft so it’s likely we’ll see her actual return next week.

Carmella concluded her segment by saying that she is “Untouchable, unless I don’t wanna be.” This is a surprise for anyone who doesn’t read Ringside News, because we had the exclusive on this reveal when they first started doing the vignettes.