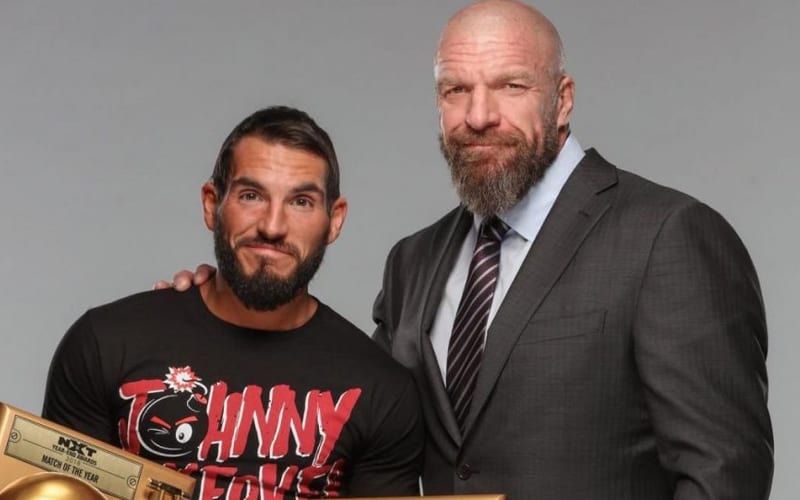 Johnny Gargano is in line for another NXT North American Title shot at TakeOver: 31. Triple H is a fan of what Gargano brings to the table, and he even subscribes to the Gargano Way.

While he spoke to WWE The Bump, Triple H was asked about whether he follows Johnny Wrestling’s philosophy about life. For Triple H, it is about working hard and helping yourself before others. He can related to that and admitted that he is a big believer in Johnny Gargano’s mindset.

“I’m a big believer of the Gargano Way. To me, the Gargano Way is fend for yourself. They tell you all the time on a plane ‘put the mask on yourself first’ and then help others. You’ve gotta help yourselves before you can help anybody else. To me, that’s a little bit of what the Gargano Way is. Candice is realizing it now, you know she’s had opportunities in the past, but she’s always been there for someone else kind the person to lean on […] she has decided much like Johnny has to worry about herself and to feed herself now before worrying about others and I think in this business that’s a wise thing. Nobody’s gonna do it for you, you’ve got to do it yourself.”

Triple H made it as far as he did by certainly helping himself before others. There is a reason why you get so many Google image results when searching for “Triple H shovel.” We’ll have to see if that mindset pays off for Johnny Gargano, but he certainly scratched and clawed himself to this point.