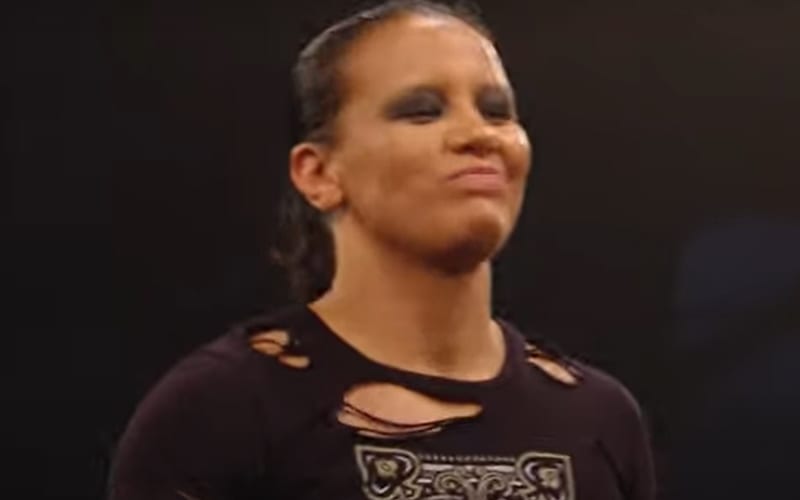 Shayna Baszler was not “medically cleared” to compete at Clash Of Champions Gold Rush. She also wasn’t on RAW the following day. There was no report that she tested positive for COVID-19, but some fans are making their own assumptions.

Mia Yim posted a photo with Jessamyn Duke, Shayna Baszler, and Dakota Kai. Mia Yim is also in quarantine as are the rest of the Retribution members. All core members of Retribution have reportedly tested negative for COVID-19.

One fan replied back to Mia Yim’s photo with an accusatory tweet that triggered the Queen Of Spades.

When was this taken? Word is Shayna got the Rona or was around someone with the Rona. You have the Rona Mia? Come to think of it, Retribution wasn’t on Raw bc of the Rona. Rona is catchy you know. Dont get the Rona, and if you do have the Rona, dont spread the Rona.

Baszler fired back at this fan by saying: “Or how about don’t spread false information?”

Dakota Kai was also in the photo. She didn’t take any of the fire from this fan, and she was also on NXT this week. Kai tweeted back with: “I think I just caught Rona based on how many times they said the word ‘Rona’.”

Hopefully, everyone who is off WWE television for any reason is okay. It wasn’t confirmed how many positive COVID-19 cases the company found and who was being kept out of action for precautionary reasons. In the meantime it’s best not to make any assumptions, especially when it comes to matters like this.