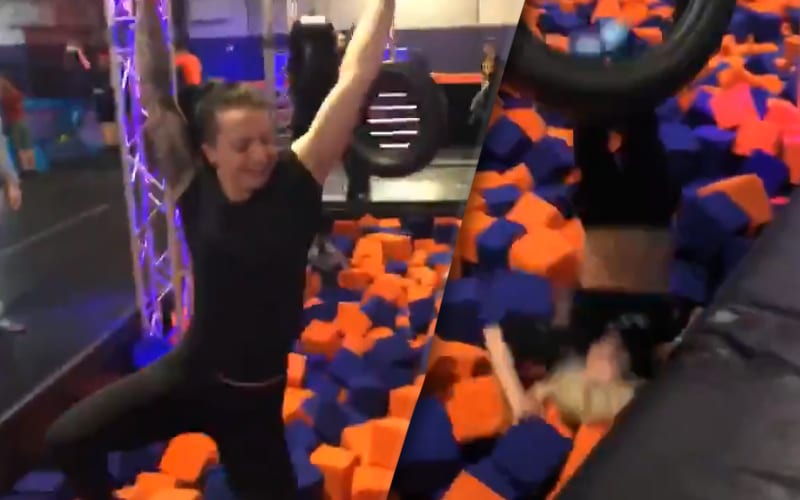 The Riott Squad are no longer a trio, but there was a time when Ruby Riott, Liv Morgan, and Sarah Logan were rarely seen without each other. The three had a great time, both in and out of the ring.

Liv Morgan and Ruby Riott are back together, but they might want to change their name. Morgan uploaded a couple videos to Twitter in order to remember some of their happier times on the road.

The Riott Squad ventured to an adult playground on January 14th, 2018. Liv Morgan kept those videos and shared them again with the world in a couple of Throwback Thursday posts.

I’ll never forget this day on January 14th, 2018 when I tried to dive through a tire before right before a live event

The Riott Squad might not be a trio anymore, but they have also grown in different ways. Ruby Riott had double shoulder surgery since then, and Liv Morgan went through a couple of stop/start pushes as well. Sarah Rowe is now expecting to have her first child in a couple of months.