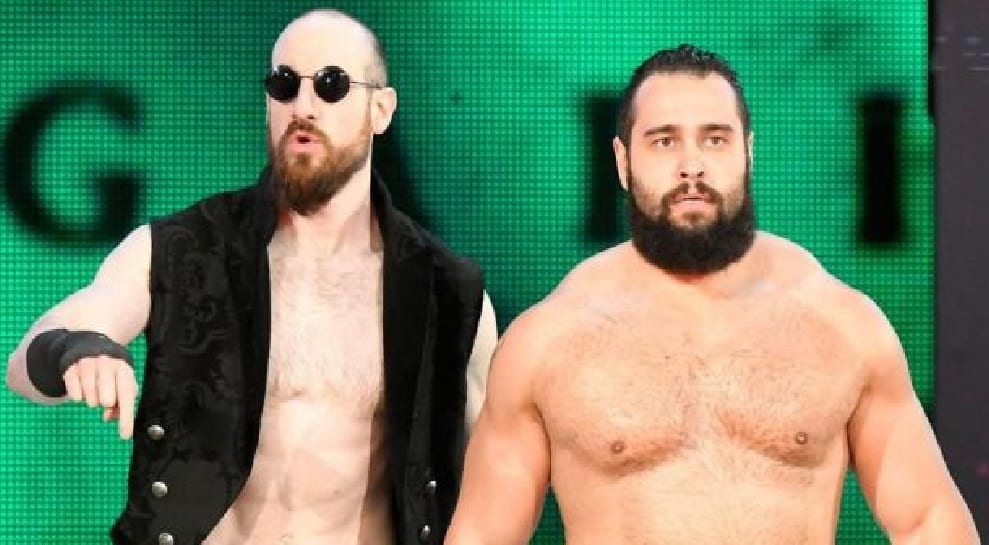 Aiden English sang Rusev to the ring countless times on television. He drew heat from the crowd until everyone seemed to turn around at the same time and begin singing “It’s Rusev Day!” along with him. WWE fans might have loved the duo, but that feeling didn’t translate backstage.

While he spoke to Chris Van Vliet, Miro revealed that WWE management didn’t like Aiden English. He liked his tag team partner, but there was something about the Maestro of Mayhem that WWE’s top brass didn’t get behind.

“It is what it is. It brings me down because they really disliked Aiden [English] and I told them that because everybody was scared to tell them. And I was like, no I’ll tell them because we’re really trying to highlight Aiden in a few spots and they told us no. Aiden was supposed to do this dive and they said no dive. Okay, what about baseball slide? No baseball slide.”

“Then I got pulled to the side and told me we can’t highlight Aiden. Like, what? How does that even make sense? I was so mad, and that’s what I’m saying. Once again, you can’t do this, you can’t do that. But, why he can? Why’s do you stop us from getting the reaction that he wants? That’s what pisses me off. I don’t get pissed off about… it should have been this, it should have been that. No! It’s about, you’re taking opportunities that… we are having a match already and you’re stopping him from showcasing. I don’t understand.”

It doesn’t make much sense that WWE doesn’t wan a Superstar getting over. That seems to be the case for Aiden English as WWE told them that they had to nix any spots that would have made English look good.

Now Miro doesn’t seem to have that problem on AEW television. He is paired with Kip Sabian and AEW obviously wants to get him and Penelope Ford over. We’ll have to see what is next for Miro, but Billy Mitchell’s appearance this week on Dynamite certainly made things more interesting.