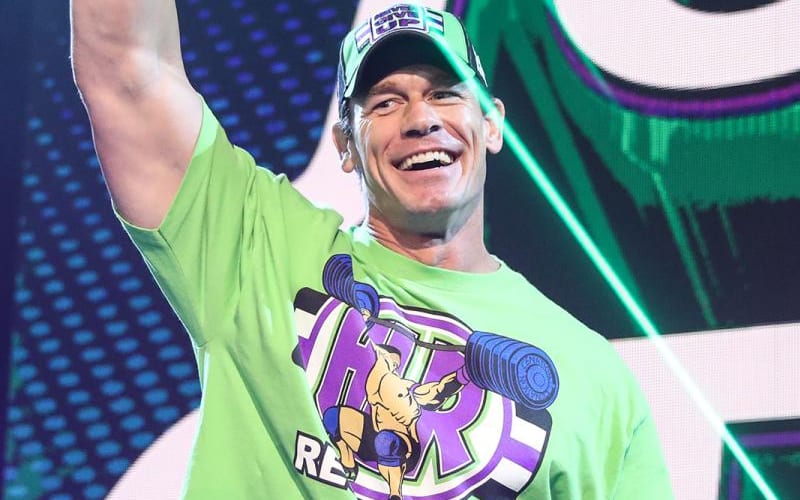 John Cena is a big name in Hollywood and he is about to get even bigger. His upcoming role in Suicide Squad 2 could launch him to another level of notoriety. This is especially true since Cena has always been pegged to star in the upcoming prequel spin-off series for HBO Max based on his Peacemaker character.

Cena appeared on The Tonight Show as Jimmy Fallon’s first real life guest in a long time. This broke a long streak of Zoom interviews.

While speaking to Fallon, Cena made it very clear that he’s not wrestling as much, but he’s not done.

“I have a very young audience in WWE, a lot of kids and families. And as my in-ring career with WWE is not as active, although not over, I wanted to continue to send messaging to those younger viewers.”

John Cena came back to wrestle Bray Wyatt in the Firefly Fun House match at WrestleMania this year. It was a cinematic match without any real bumps. He’s apparently not done in the ring yet, but it might be difficult for John Cena to work an in-ring return into his busy schedule at this point. Stay tuned.