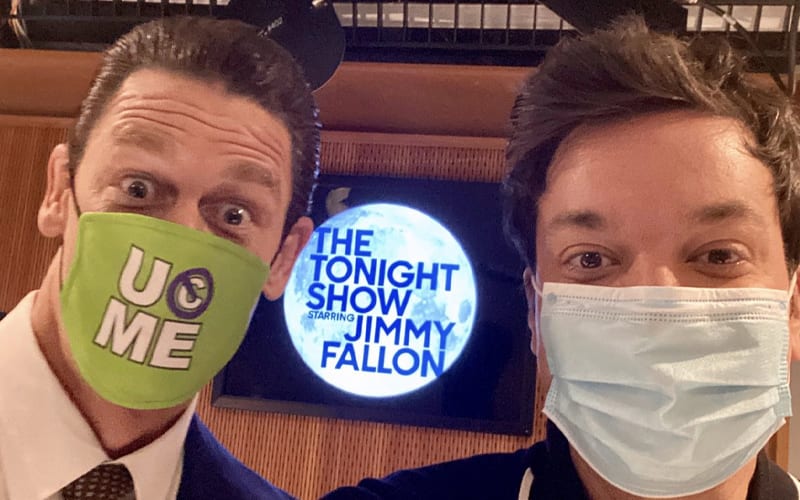 The pandemic caused a lot of changes to the entertainment industry. Some productions were shut down, but a lot of late night talk shows were able to continue from closed studios or the host’s own home.

Jimmy Fallon is back on set, but it’s a very strict environment. They are taking all precautions, but they’re set to have their first guest in a long time.

Fallon tweeted out a selfie with John Cena. They were both wearing masks, and Cena was sporting the mask that WWE sells on their official shop.

…@JohnCena is in the building. First @FallonTonight guest IRL in a while. I can see him!

Cena and Fallon have worked together a few times. They even appeared in a Super Bowl commercial together. Now Cena is breaking a long streak of guests who weren’t really there on the Tonight Show for Jimmy Fallon to interview.