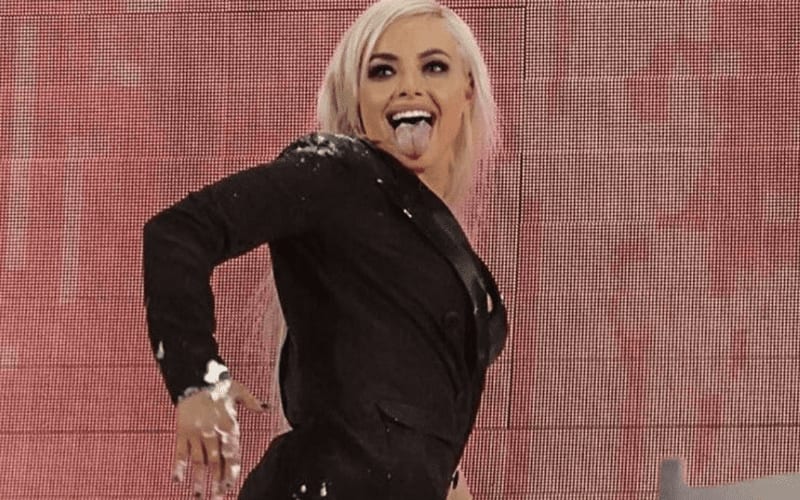 Miro crashed Lana and Bobby Lashley’s wedding while he was still a WWE Superstar named Rusev. The Bulgarian Brute wasn’t the only unexpected guest to those nuptials. Liv Morgan also returned that night and proclaimed her love for the Ravishing Russian.

While Miro spoke to Chris Van Vliet, he said that Liv Morgan’s appearance was just supposed to be a one-off with no plan to follow up. She announced her love for Lana, but nothing happened after that.

Miro then went into how WWE will constantly make a decision without any idea what they are going to do next. This is done to create controversy, but the initial shock has nothing planned for the next steps in the story.

“No plan. One time pop. No plan. A lot of things were made for one time pops. That was it. People thought and they made up all these things. No, it was a one time thing that was great and was going to get people talking because at that time the showrunner was about getting people talking and controversy.”

“That’s why the whole thing happened, you know the Bobby thing, it was all about controversy and we achieved that. Unfortunately now there’s no follow through but that’s what happens when you change people all the time.”

Liv Morgan wasn’t the only Superstar to suffer from WWE’s planning. In very recent memory Vince McMahon has also dropped the idea of pushing Peyton Royce after splitting up the IIconics.

We’ll have to see if WWE can correct some of their issues. Looking for a controversial moment isn’t a bad thing, but it is essential to plan out that angle so fans will become invested. They might eventually stop caring about the next big moment if fans have a good idea that nothing will come from it.