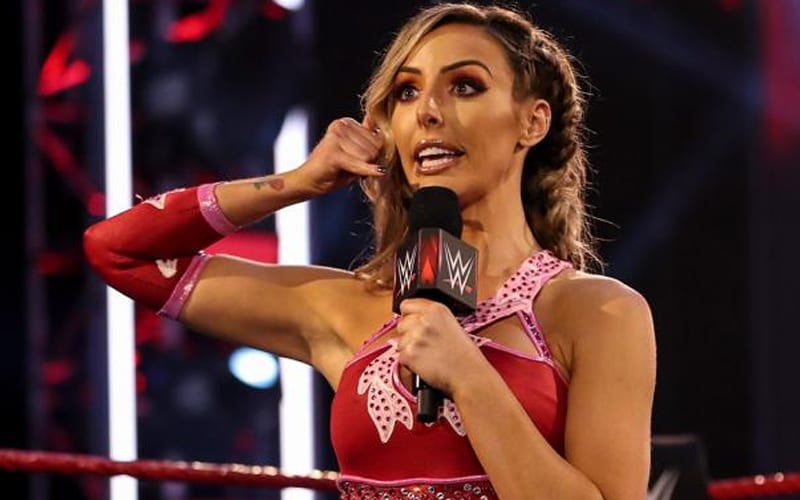 WWE has a lot going on backstage and it all revolves around Vince McMahon’s immediate wishes. This means that things can change in an instant depending on how the 75-year-old Chairman Of The Board is feeling.

The IIconics were broken up after Vince McMahon decided that afternoon that he wanted to split them. Weeks prior McMahon praised Peyton Royce during a conference call with the creative team. He said she’s a singles star.

It appeared that Peyton Royce was finally getting that singles push that fans were expecting. Then she disappeared from Raw.

Ringside News has learned that the situation with Peyton Royce isn’t what fans want to hear at all. Some said that Vince McMahon “forgot” about Royce. That doesn’t seem to be the case.

We asked around about whether Vince McMahon “forgot” about pushing Peyton Royce. A tenured member of the writing team who has watched this entire situation go down replied: “Forget? No. Just drop it? Yes.”

You can never count Vince McMahon out when it comes to changing his mind. He is quite good at that and has proven it time and time again. It seems that Peyton Royce’s push was dropped, at least for the time being. Considering WWE’s need for new stars we can only hope Vince decides to backtrack on that idea.