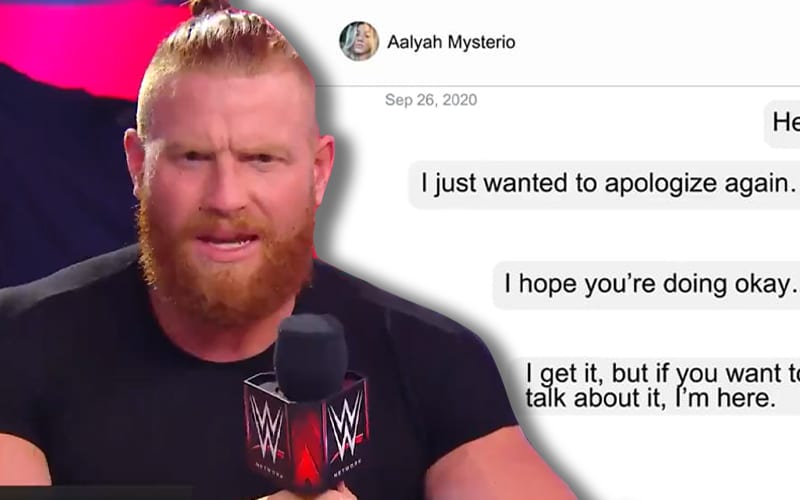 Seth Rollins outed Murphy and Aalyah Mysterio for having more of a relationship than Rey Mysterio’s daughter wanted to admit. He revealed text communications between the two and that didn’t make Murphy happy. Dominik Mysterio was even more upset about things as he attacked Rollins’ disciple.

During RAW Talk, Murphy spoke about his current angle with the Mysterio family. He wasn’t happy about Seth Rollins revealing that conversation with Aalyah, and he said he will speak to the Monday Night Messiah about it. Then he went on to deny that there is anything going on other than a simple conversation.

“What Seth did by taking my phone and showing the world private conversations, we’re going to have words. But me and Aalyah, no comment. Since when is it a crime to message someone and see if they’re OK? I’m getting shunned, I’m getting crucified, for just checking on someone’s well being. There’s nothing sneaky about it. It’s a private conversation between two people.”

We will have to see how things turn out in this situation. WWE was dropping hints for the past two weeks that something is going on. Now that it came to light there is a lot of explaining to do.

Alexa Bliss also caught a lot of heat from fans when she supported Murphy “shooting his shot” with Aalyah Mysterio. She had to defend herself multiple times throughout the night from angry fans.