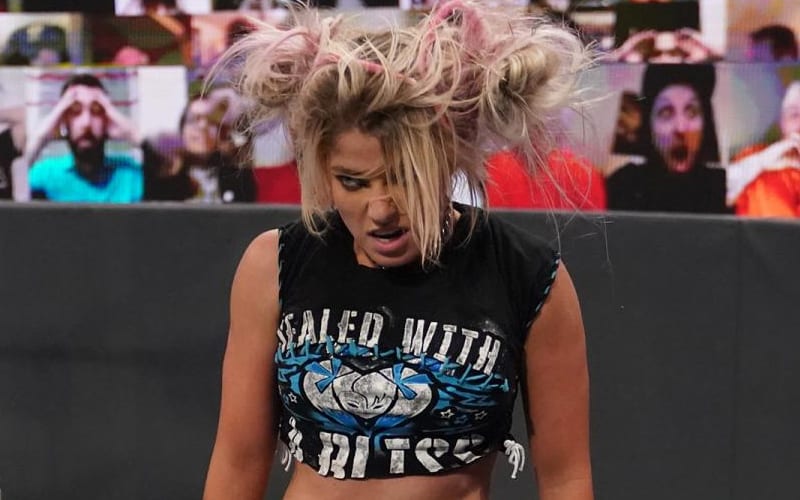 Aalyah Mysterio and Murphy’s romantic storyline on RAW was kicked into high gear this week. Seth Rollins revealed text communications between the two of them and Aalyah defended Murphy. Alexa Bliss commented on the situation, but she didn’t expect this kind of backlash.

Alexa Bliss and Murphy used to be a couple in real life. They haven’t been together for years, but they are still friends. Bliss sent out a tweet last night rooting Murphy on for “shooting his shot.” Fans went ballistic on her while calling out the age difference between Murphy and Aalyah among other things.

Bliss fired back with a tweet to try and calm fans down after she noticed her timeline spiraling out of control with negativity.

Do I Know her or her age? No. Was I trying to be supportive of Murphy? Yes. Back off and calm down ppl. Just happy Murphy is getting the success he’s worked for. That’s all be bothered by something else

Aalyah is 19 and Murphy is 32. That is quite an age gap, but Bliss also understands that WWE is a scripted entertainment program. That won’t stop some fans from getting really upset that WWE is going this direction for Aalyah Mysterio.