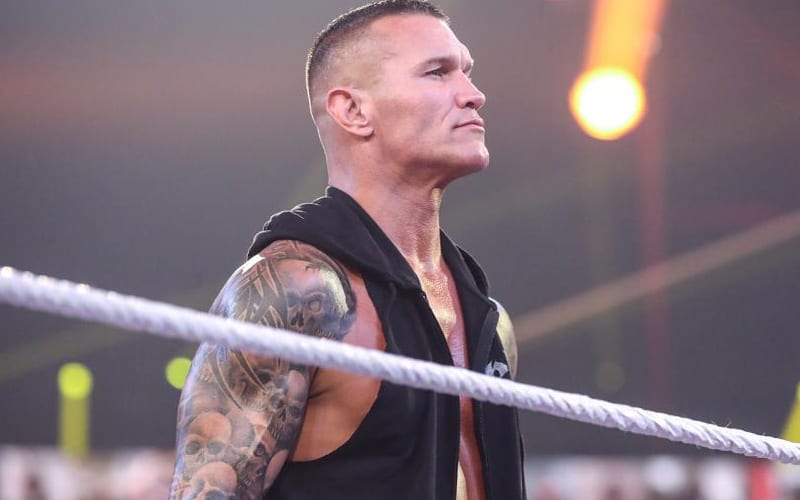 Update: Randy Orton appeared on Raw the next night to continue his feud with Drew McIntyre. He also took out the legends who got revenge on him. Another Ringside News confirmed to be true just like the SmackDown mystery Superstar.

Original: WWE Clash of Champions Gold Rush included an ambulance match with a lot of bells and whistles. Four surprise guests showed up during the match to get revenge on Randy Orton for taking them out in recent memory. Some fans thought that Big Show, Christian, Shawn Michaels, and Ric Flair returning to get back at Orton was a sign he is wrapping things up for a while.

There are rumors swirling that Randy Orton was written off WWE television with the finish of his ambulance match. Everyone he assaulted along the way was able to come back and get their revenge on The Viper. Some saw this as a way to get Orton off television for a break, but that’s not the case.

Ringside News has learned that Randy Orton was not written off television at Clash Of Champions.

A tenured member of the creative team explicitly told us “Orton won’t miss any time at all. He’s heavily figured into the plans.”

Drew McIntyre is still WWE Champion and Randy Orton is not leaving television. If fans thought WWE wrapped things up with that ambulance match at Clash Of Champions, they have thought the same thing in other situations and they were wrong in the past.

At this time, Edge vs Randy Orton is questionable for WrestleMania. They wanted to do a last man standing match. All of the company’s long-term booking plans went out the window. WWE does at least have short term plans for The Viper.